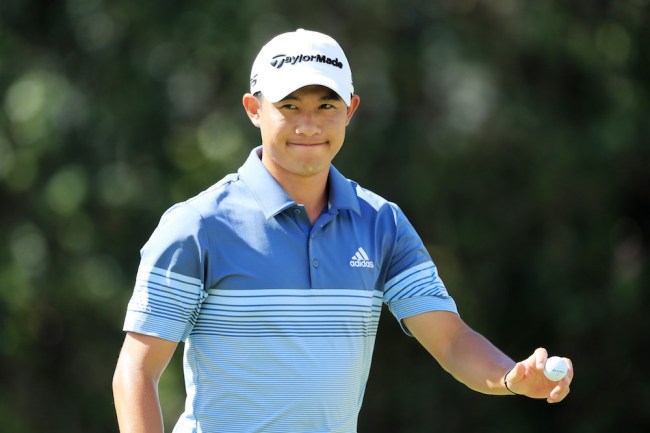 A dude from Chicago walked away with just as much money after betting on the 23-year-old gold phenom.

Twitter user @CashoutKingJ posted the stubs from his big win on Sunday and the money is damn impressive.

“Collin Morikawa is my HERO ($1.1 MILLION) What a fucking rush. What a fucking day. Love you all,” he posted on Sunday, along with photos of his winning stubs.

Collin Morikawa is my HERO

What a fucking rush

What a fucking day

The BetRivers casino in Rosemont, Illinois reported the lucky SOB won over $700,000 on three Morikawa-related bets over the weekend.

Speaking of big winners, Morikawa already has three PGA Tour wins and two runner-up finishes at the age of 23.