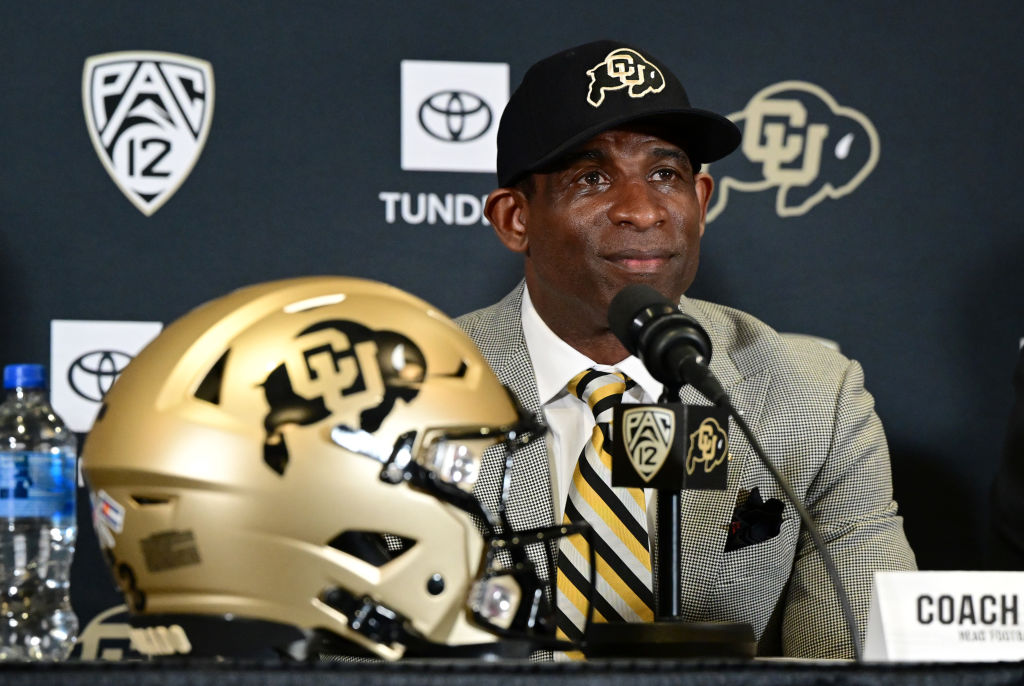 Colorado athletic director Rick George landed a huge get in Deion Sanders, but now he has to figure out to get the money to pay his new coach.

Over the weekend, it was announced that Sanders was going to leave Jackson State to become the next head coach at Colorado.

According to college football reporter Brian Howell, Sanders signed a 5-year contract for $29.5 million which comes out to an average of $5.9M per year.

Sanders’ contract also includes some steep penalties if he decides to leave early and take another job.

On Sunday, George admitted that the school currently doesn’t have the money to pay Sanders’ salary but was sure that theY “will have it” soon.

Colorado AD Rick George was asked how CU came up with the money to hire Deion Sanders. He said, "We don't have the money yet, but I know we'll have it, so I'm not worried about that piece." #cubuffs

It’s unclear how George will get the money to pay Sanders but fans had interesting reactions to his comments.

wait a minute… they gave deion a postdated check?!?! https://t.co/KD1aIhNXgr

Does AD Rick George look anything like this? https://t.co/K9LeAtZQ7H pic.twitter.com/dxNbRXoM0U

They hired him on credit? https://t.co/tPpnFKSdDD

I applaud Colorado for financing their coaching hire like a sectional from Rent A Center. https://t.co/OjHkzCQk6N