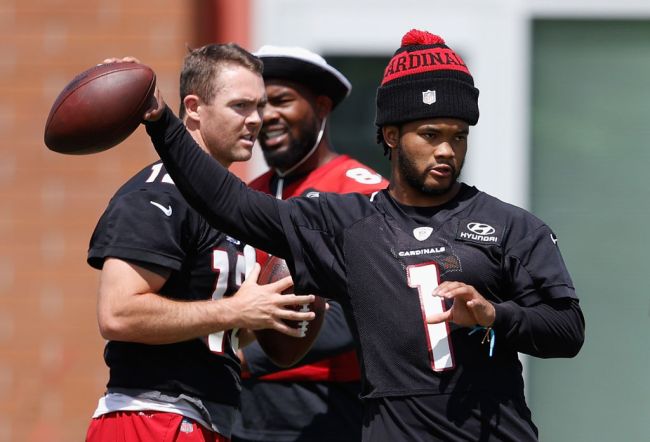 Arizona Cardinals quarterback Kyler Murray turned 24 years old on Saturday and received a gift that surprised not only himself, but also the gift-giver. During the team’s morning quarterbacks meeting, a video of Colt McCoy was played in front of the room.

McCoy serves as the backup to Murray and did not know why his face was projected on the screen. Suddenly, it became very clear that he was pranked.

Quarterbacks coach Cam Turner purchased the video message from McCoy through Cameo, a site that allows people to pay celebrities for personalized messages from said celebrity. He used his mother-in-law’s credit card and made up an email address to make sure it was untraceable and said that the birthday message was for “Buddy.”

It was really for Murray and it was hilarious.

It gets even better.

After Turner initially requested the video through Cameo from McCoy, McCoy declined. To have McCoy accept and get the video done, Turner had to pay double his quarterback’s $112 fee to get it “rushed.”

The $224 prank was absolutely worth it because the resulting scene in the room was hilarious. Murray had no idea it was coming and neither did McCoy.

“I was sweating,” Cardinals coach Kliff Kingsbury said Saturday afternoon. “I was so embarrassed. Yeah, I knew it was coming, and [Murray] didn’t know, but it was well played.”

Kingsbury said that it was hard to keep “one of the best pranks he’s ever seen” a secret because it was so funny. It was tremendously done.