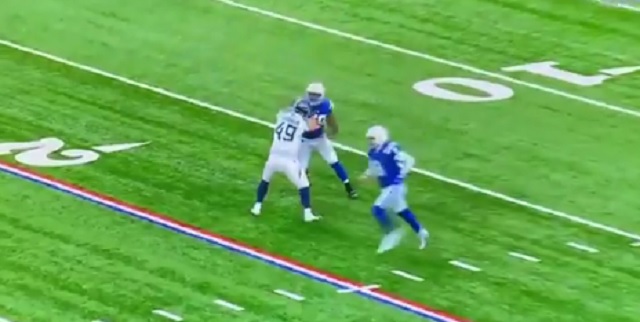 Colts linebacker Matthew Adams couldn’t wait to jump on social media after getting kicked out of Sunday’s game.

During the second quarter of the Colts-Titans game, Adams was ejected for punching a Titans player during a punt return.

#Colts LB Matthew Adams just got ejected for throwing a punch. That might be the first ejection I've ever seen during a special teams play.

Adams then immediately jumped on Twitter after getting tossed and liked the video that showed him punching the Titans player.

Update: It seems like Adams was inspired by watching Jake Paul and Nate Robinson on Saturday nght.

When I retire from the NFL, I’m picking up the boxing gloves. #heavyhitter