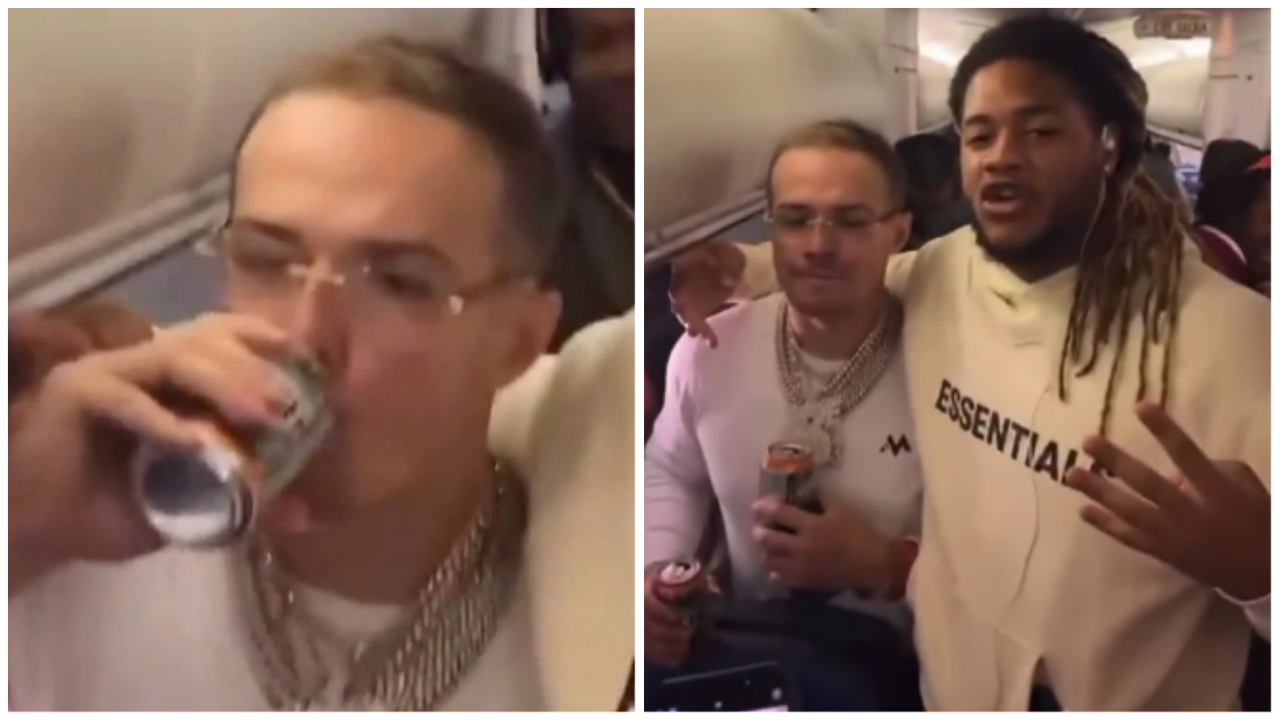 After the team’s big win against the Eagles on Monday night, QB Taylor Heinicke was seen double-fisting Busch Lights in the team plane.

On Friday, Commanders head coach Ron Rivera announced that he had disciplined several players seen in the video drinking on the team plane.

The #Commanders disciplined multiple players after social media videos showed them drinking on the flight back from Monday night’s win in Philadelphia, per sources.

Ron Rivera reached out to the league Tuesday morning and addressed it in a team meeting. No NFL discipline coming.

On Friday, NFL commissioner Roder Goodell sent a memo to all 30 teams reminding them that drinking on team planes violates league policy hours after Titans assistant coach Todd Downing was arrested on suspicion of DUI after the team’s win at Green Bay,

The NFL sent clubs a memo today threatening “significant discipline” for violating the league’s longstanding policy prohibiting alcohol at team facilities and while traveling on team planes and buses, sources tell me and @RapSheet.

Full text of the memo from NFL Commissioner Roger Goodell, which was sent hours after #Titans OC Todd Downing was arrested on suspicion of DUI after the team’s win at Green Bay. pic.twitter.com/XT7QjIZPmr