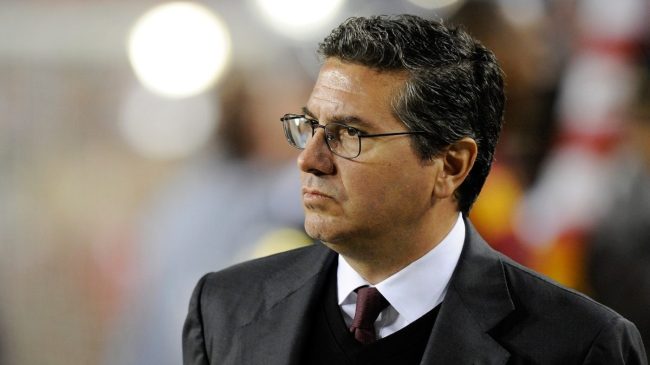 It’s been a hell of a week for the Washington Commanders. Everything seems to be crumbling down all at once and most, if not all, of the blame, can be put on the owner Dan Snyder. However, his latest comments are just icing on the cake for what has truly been a complete mess of a week for this franchise.

Ben Standig shares a recap of what has transpired for this organization in just one week. Starting with Sunday, where the Commanders lost a heartbreaker against the Tennessee Titans.

Monday was when head coach Ron Rivera made his “quarterback” comment regarding Carson Wentz. It was a debacle in its own right, as many believed Rivera threw his own quarterback under the bus. To be fair, the veteran coach cleaned up the mess on Wednesday. Had he been more careful with his wording, the Commanders could have avoided some drama on both of those days.

On top of that, Washington announced that William Jackson III, the highest-paid cornerback on the team, is not going to play in Thursday Night Football. The Commanders benched him in their last game against Tennessee and now Jackson is seeking a trade. Perfect timing.

Now, we have Dan Snyder dropping a bombshell. He claims to have dirt on several other owners and Roger Goodell. The Commanders’ owner has dominated the spotlight all day. It’s a terrible look for this franchise, especially considering Snyder has been under fire for years.

To make matters worse, Washington has a must-win game against the Chicago Bears on Thursday night. Another loss and the franchise might as well tank for the rest of the season. How in the world can the fans and team focus on the games at hand with all of this mumbo-jumbo going on?

Welcome to the Commanders beat.

All of this has happened in just one week and we still have two days remaining. It’s unclear whether or not Washington will ever get out of its funk. As long as Dan Snyder is the owner, the future of the Commanders will remain in the dark.