This Compilation Of MLB Ballgirls Flashing Some Leather, Saving Fans’ Skulls Is Spectacular 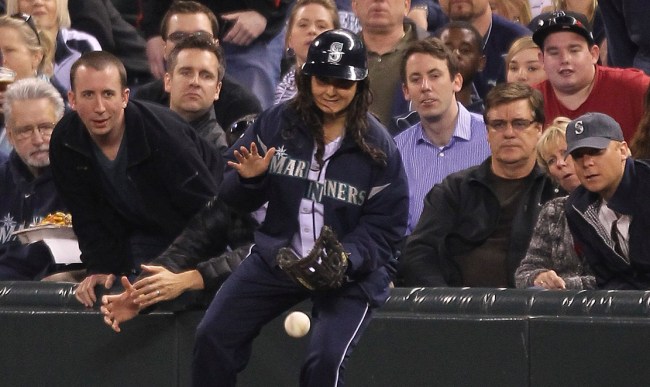 Question: Will there ever come a day when a female will be deemed good enough to play in Major League Baseball? I mean in real life, not just fictional pitcher Ginny Baker on a TV show. Though Zach Morris was very good as the grizzled and wise veteran catcher Mike Lawson on Pitch.

Such a shame that show got canceled after just one season. But I digress. Back to my question. Females in Major League Baseball?

How many of you out there played Little League and there was at least one girl who could just flat-out ball? I know I had a couple who could play. Heck, one led the league in home runs one year. Then they went on to play softball I guess because they are female and that ended that dream.

I mean, take a look at some of these ridiculoiusly impressive snags made by various MLB ballgirls in the compilation video below and tell me it’s never going to happen. (By the way, just ignore the clip of the ballgirl scaling the wall. That’s just from an old commercial for Gatorade.)