Congress Gets Involved In WFT Email Scandal, Presses NFL To Release All 650,000 Emails In WFT Investigation 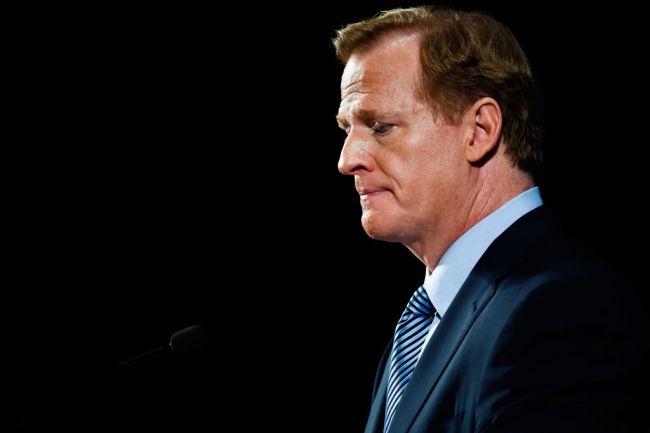 The WFT email scandal is not going away for the NFL any time soon and it just seems to be getting worse for them by the day.

On Thursday afternoon, two House Democrats, Rep. Carolyn B. Maloney (D-N.Y.), chairwoman of the Committee on Oversight and Reform, and Rep. Raja Krishnamoorthi (D-Ill.), sent a five-page letter to NFL Commissioner Roger Goodell calling for him to release “all documents and communications obtained in connection with the investigation into the WFT, its management, its owners, and any other matter relating to or resulting from the WFT investigation.”

And now Congress is involved: Reps. Carolyn B. Maloney and Raja Krishnamoorthi today sent a letter to NFL Commissioner Rodger Goodell requesting documents and information regarding the Washington Football Team’s hostile workplace culture and NFL’s handling of this matter. pic.twitter.com/1Bp5vdLM0n

The two members of Congress blasted the NFL over their lack of transparency when it comes to the 650,000 emails the league refuses to be released to the public.

.@RepMaloney and I launched this investigation because of the pressing questions about the seriousness with which the NFL has addressed bigotry, racism, sexism, and homophobia, in the wake of Jon Gruden's emails and the Washington Football Team's scandal. https://t.co/vRydMt1yv2

“We have serious concerns about what appears to be widespread abusive workplace conduct at the WFT and about the NFL’s handling of this matter. Communications between league management and WFT leadership also raises questions about the leagues asserted impartiality in these investigations.”

“The NFL’s lack of transparency about the problems it recently uncovered raise questions about the seriousness with which it has addressed bigotry, racism, sexism, and homophobia — setting troubling precedent for other workplaces.”

NFL spokesman Brian McCarthy released a statement to ESPN on the letter sent to the NFL from the members of Congress.

We have received the Chairwoman’s letter and share her concern that all workplaces should be free from any form of harassment and discrimination. We look forward to speaking to her office soon.”