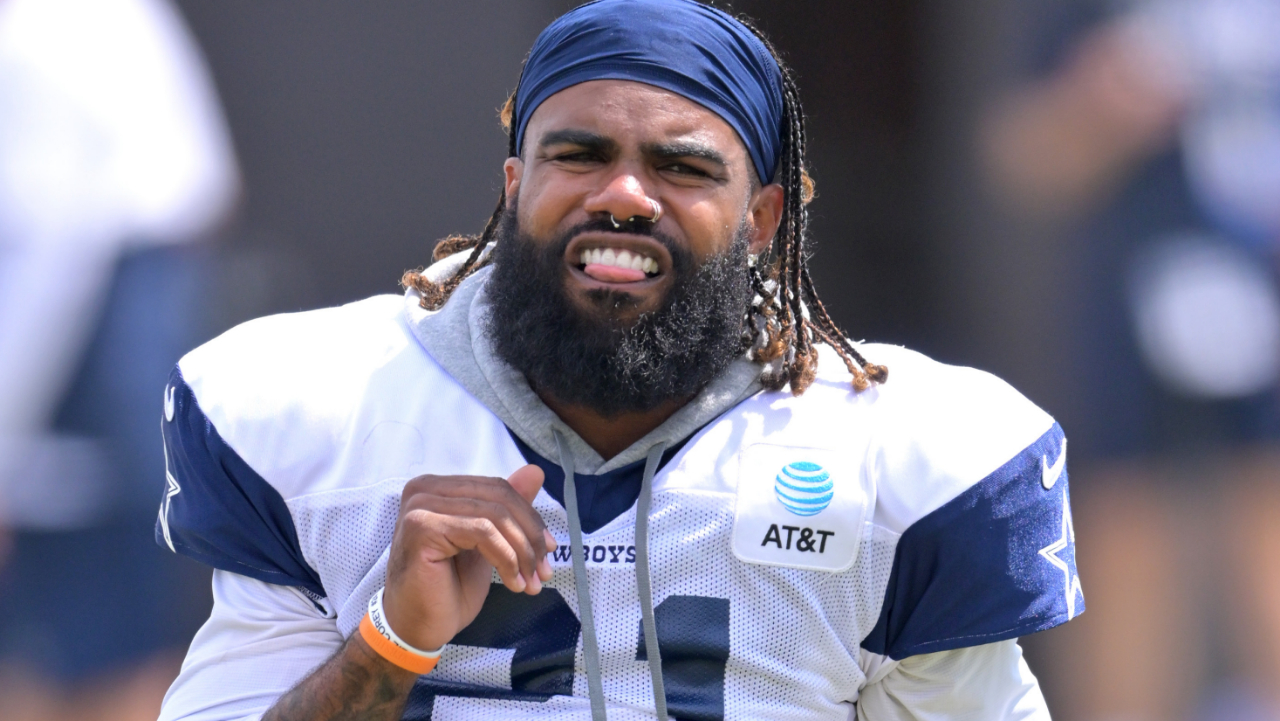 Ezekiel Elliott is going to be a big part of the Cowboys’ offense this season, and Cowboys fans are hoping that he’s going to be in shape once the season starts.

Just a few weeks ago, Cowboys owner Jerry Jones reiterated that Elliott would be the featured back over Tony Pollard, who has gotten plenty of praise for his play last year.

“We gotta have Tony Pollard out there. No, seriously, Zeke’s gotta be our feature, and he is our feature,” Jones said. “We can feature him in a lot of different ways. We all recognize what he does in the passing game because of his protection ability. Don’t ever underestimate that especially with Zeke. Zeke takes some tolls when he’s out there as a back blocking. So it’s critical that we make Zeke — because he’s capable of being that — really the focus of what we’re doing. Now then, Pollard, there’s plenty of room for Pollard. There’s plenty of room for Pollard when Zeke’s in there. Pollard needs to get the ball.”

Earlier this week, the Cowboys released a video of Elliott running while wearing baggy clothing that concerned some fans.

Cowboys fans seem to think Zeke has gained a few pounds this offseason after watching that video.

does he look bigger to yall ? looked like he put on weight https://t.co/BPdkTe9pW5

I thought this was a lineman 😭😭 https://t.co/HoEaDf8hbz

That boy need that Zion weight clause in his contract https://t.co/4QiAxgHg6k