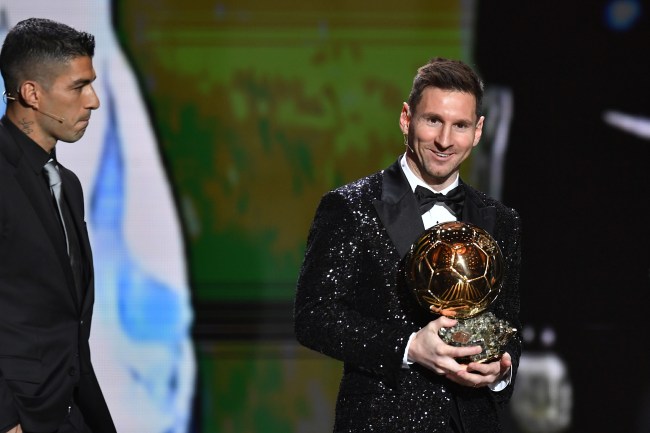 Well, it looks like Cristiano Ronaldo is salty about something again. This time, it isn’t a teammate deciding to shoot the ball or the manager he has to play for. This time, it’s an award that he didn’t deserve to win anyway.

Cristiano Ronaldo on Instagram. He is not happy with Messi winning the Ballon d’Or. 👀 pic.twitter.com/pRo1sdbMxX

Now, before I get to the part of this where Ronaldo chimes in, I really need to dress the original post. It is a pretty great rant that can pretty much be summed up in one sentence. “I only care if Ronaldo did it”.

They acknowledge that Messi did win the Copa America this year, but he “didn’t score in the final or semifinal”. This just seems like kind of a funny argument coming in support of Ronaldo, especially in a year where his national team was eliminated in the round of 16.

First of all, Messi assisted Argentina’s goal in the semifinal and converted a penalty in that match’s PK shootout. That assist was one of his 5 in the competition. As for not scoring in the final, I seem to recall Ronaldo only playing 25 minutes in Portugal’s Euro 2016 final win. That hasn’t seemed to diminish the achievement at all for Cristiano Ronaldo’s fans.

Now to the actual Ronaldo part of the story. Agreeing with a post about deserving an award more than the winner when you objectively don’t would be bad enough. Doing it when there’s a third guy that clearly deserved it more than both of you is just ridiculous. If there’s anybody that should be dropping a “factos” on Instagram, it’s Robert Lewandowski.

If this is just about the fact that he finished 6th, why does he care? 1st place is all that matters here and at best, Ronaldo should have been 5th behind Robert Lewandowski (the deserving winner), Messi, Jorginho, and Harry Kane.

At the end of the day, if Ronaldo really wants to complain about not winning a Ballon d’Or, he should probably pick a year where he wasn’t a part of the first Juventus squad to not win Serie A in a decade and had 2 of his managers sacked in 6 months. It’s really just not a good look to complain about your lack of awards when you can’t lift up you’re losing matches to Watford and FC Young Boys.