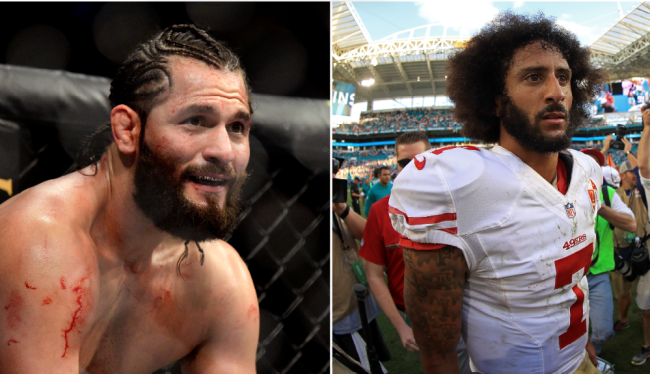 Earlier this week, Masvidal spoke out on the “SOS Cuba” protests taking place on the island against the government.

“My father escaped Cuba when he was 14 years old,” Masvidal began. “And I’ve only heard the horror stories since I could process thoughts of how s— this communist regime, killing machine is. So I just want to shed some light on Cuba — big SOS signal for them.”

Masvidal went on to share a pic of Kaepernick wearing a Fidel Castro shirt from 2016 and called him a “coward” who should be forced to live on the island to see how he likes living under oppression.

“I would hope that everybody agrees those things are good things. And trying to push the false narrative that I was a supporter of the oppressive things that he did is just not true.”