This Dad Ran 26.2 Miles Around The Hospital Treating His Young Son For Cancer And Raised $16K In Donations 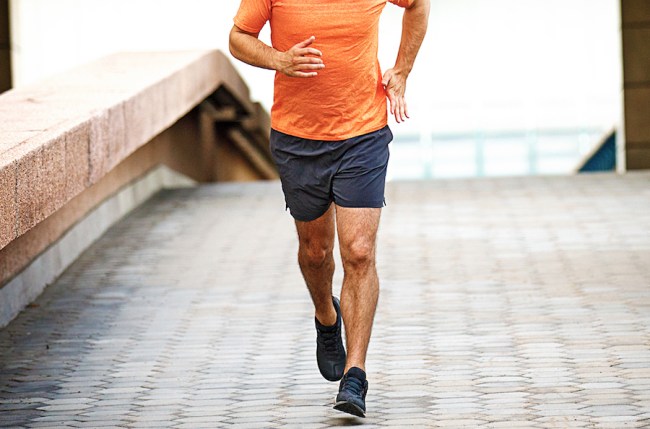 When thousands of races across the country were being canceled or postponed due to the pandemic, we discussed the idea of running virtual races on our running podcast, “We Run This.”

Originally, I wasn’t sold on the idea because I didn’t think running a virtual New York City marathon was the same as running the actual marathon.

What I didn’t take into account, however, were all the funds being lost by charities who raise money with the help of organized races.

The Akron Marathon in Akron, Ohio is an annual race that benefits the Akron Children’s Hospital. The marathon was changed to a virtual event due to COVID-19 and not many runners signed up.

No runners meant no donations.

Kolt Codner’s son has been a patient at Akron Children’s Hospital for the last five months. The 4-year-old boy is battling B-cell acute lymphoblastic leukemia.

Kolt decided the best way to show support for the hospital staff and his son was to run the marathon – around the actual building.

“We have had just a phenomenal experience there,” he told People. “The doctors and the nurses have made this the best possible experience we could possibly hope to have. We thought this was something we could do to try to give back and show appreciation for the experience we’ve had.”

On race day, Kolt showed up at 6 am to find a bunch of reporters and people waiting for him.

“It was a really an overwhelming experience,” he told People. “We had a ton of folks from the Cleveland media show up and two news channels live there for my run all morning… Every time I’d loop around campus, they’d be chasing me with GoPros and with cameras, so it was definitely a little bit of a stress-inducing experience there, but it was a really cool thing.”

I give Kolt a ton of credit, not just for raising money and being a badass dad, but for the ability to run 26.2 miles around a building. I’m sure all the people cheering him on helped eliminate the boredom of running in circles for hours.

And in case this story didn’t tug on your heartstrings enough, Kolt’s son Andrew was waiting for him at one point in the run.

And while that was certainly a special moment for the couple, Kolt says nothing compares to the moment that he saw Andrew cheering for him, especially during points in the race where he was feeling physically exhausted.

“I came around one corner and I was still almost a full block away, but I could hear him screaming, ‘Go, Dad, go! Run faster!'” Kolt recalls. “He had brought his drums and he had a little trumpet out there, and he had made signs, and he was cheering me on.”

Not only did Kolt run the 26.2-mile race around Akron Children’s Hospital but the family helped raise over $16,000 for the facility. The family originally set a $1K goal for the run.

“I couldn’t think of a better way to celebrate the hospital and celebrate the amazing caregivers inside there,” says Kolt. “It’s been an amazing experience and the outpouring of support shows how much Akron Children’s has meant to many different families here in the region… and how much our stories resonated with folks that have gone through similar experiences.”