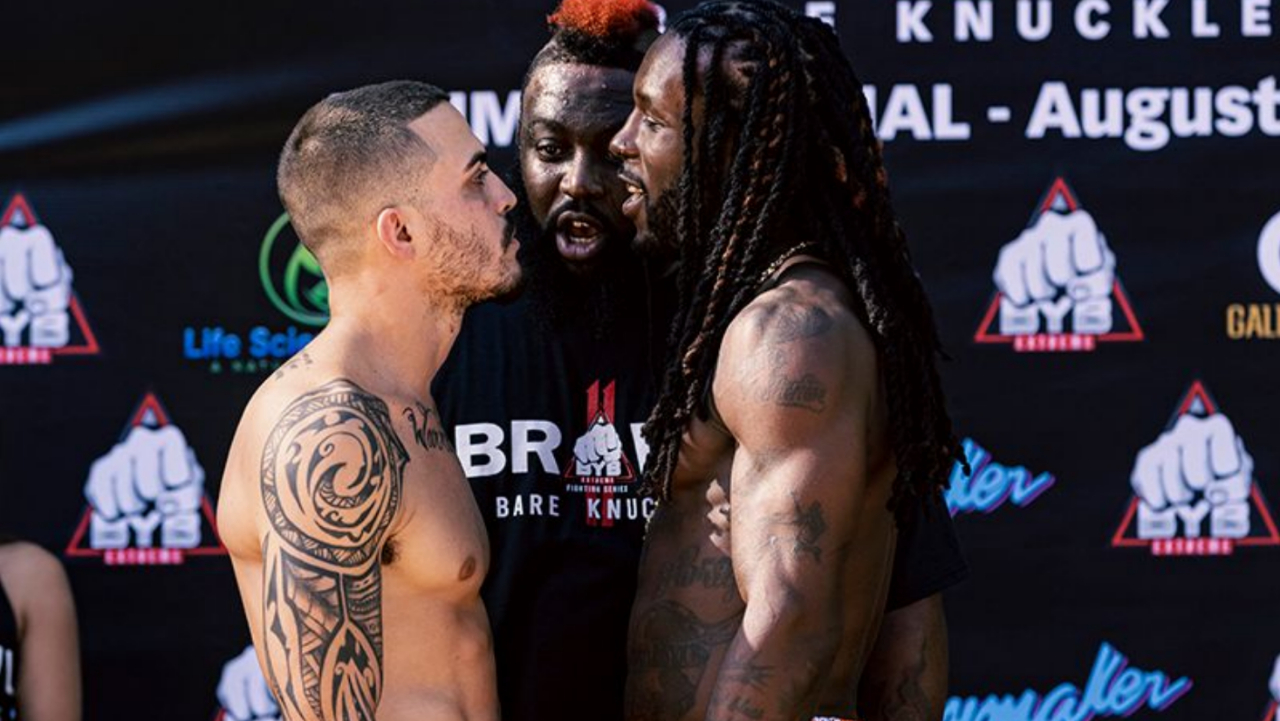 BYB 11 bare-knuckle boxing takes place on August 27th at the Trump Doral and will air live on the BYB youtube channel at 8 pm est.

Before the event, we sat down with street fighting legend Dada 5000, who runs the organization alongside his partner Mike Vazquez, to talk about the upcoming card and his return to fighting in the near future.

The BYB 11 main event features former UFC fighter Desmond Green who faces off against Gabriel Freyre for the inaugural BYB middleweight title, and things got a bit heated between the two at the weigh-ins.

Dada 5000: Great recipe for a fight. It has to be controlled, though, because you don’t get paid if you fight out of the ring, right? I’ll tell you what, you can get… a charge, a case. So it’s like what we are doing is providing individuals, and athletes with an opportunity. Back and forth is good; we see it, it sells, but you have to stay in control of it. Somebody’s definitely getting knocked out tomorrow night. Inthat main event, you know what I’m saying? Off of what we just said at the press conference today, the world is anticipating.

The co-main event features boxing/ kickboxing champion Kalliopi “Pink Tyson” Kourouni who will be making her bare-knuckle debut against Jessica Link at the event.

As for Dada, he’s putting on the gloves soon to make his return to fighting inside of the BYB Trigon.

Dada 5000: The game needs it, I owe it to the fans. I get a lot of inboxes and emails everyday like it’s going to give you that Roy Jones, Mike Tyson feel. I’m the last big man from the original backyard. I’m healthy. I’m game. I’m in shape. So why not go down in history, not only the founder, promoter, and a fighter.

I’ve been working on my power a lot and next up is my condition. So when I start my camp, then I’m not lifting any more weights. So it’s just strictly cardio condition technique. And don’t blink, don’t blink because it’s going to end really fast.

You can catch BYB 11 streaming live for free on their Youtube channel linked below.