Dak Prescott Has Reportedly Broken Up With Girlfriend Of Two Years 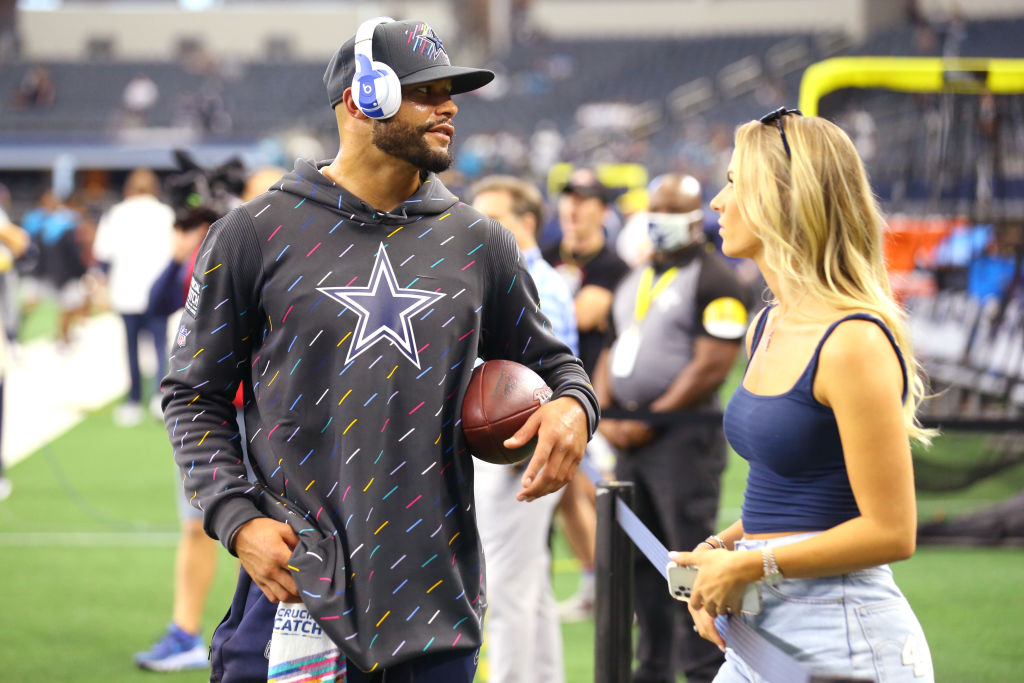 Dak Prescott has had a rough year.

Just a few days ago, the Cowboys were eliminated from the playoffs, and Prescott was given much of the blame for the team’s loss due to his two interceptions in the game.

Dak Prescott gave away the ball twice in the narrow loss to the 49ers, in a matchup the Cowboys had a chance to win if they didn’t again generate self-inflicted wounds.#DALvsSF | #DallasCowboys

Now we’re learning that Dak has broken up with his girlfriend of two years.

According to a report from Page Six, Prescott and his longtime girlfriend Natalie Buffett broke up some time last March but have been keeping it a secret until now.

Multiple sources confirm the longtime couple actually split around March 2022 but have kept it close to the vest. We’re also told Prescott has been casually dating.

The athlete, 29, and Buffett, 25, began dating sometime in 2020 based on social media photos, though it’s unclear exactly when they became official. She posted their first picture together in honor of his 27th birthday, captioning the outdoorsy shot at the time, “Happy birthday babe.”

As for Dak, he’s going to go home and work on his game to make sure he doesn’t throw as many interceptions that he did this year on the field.

“It’s very frustrating,” “It’s something I’ve got to get in the offseason and take a look at, all of them, because they all have their own story. Two tonight, as I said, is unacceptable.

“I can’t put the ball in jeopardy like that; whether they’re tipped up from tight throws or whether I’m late on a stop route — can’t happen. The number that it’s gotten to is ridiculous. I can promise that the number will never be this again. I can promise that.”

Dak Prescott on the Cowboys not being able to win a Divisional Round game:

"I promise you, we will"