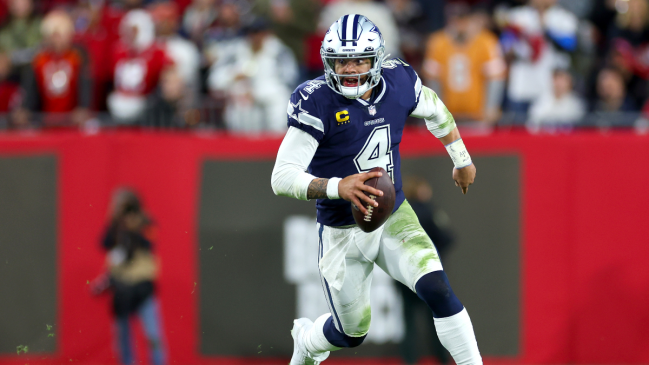 The Dallas Cowboys had about as good a first half as they could’ve hoped for in Monday night’s NFL Wild Card game against the Tampa Bay Buccaneers.

Quarterback Dak Prescott was excellent, going 15-of-20 for for 189 yards and two touchdowns and adding another on the ground.

The Dallas defense dominated Tom Brady and the Bucs offense, shutting them out.

The Cowboys took an 18-0 lead into the halftime break. But it should have been more. That’s because Cowboys kicker Brett Maher missed not one, not two, but THREE extra points in the half.

Maher, who signed during the preseason, was excellent during the regular season. He went 29-of-32 on field goals, including 9-of-11 beyond 50 yards. He also made 50-of-53 extra point attempts.

But in the most crucial game of the year, he’s been at his worst. And Prescott was absolutely furious after the final miss.

As Brett Maher misses an extra point attempt for third time this game, it appears Dak Prescott would like to “go for f***ing two.”pic.twitter.com/5eGyrZ2qSZ

Prescott slammed down in his helmet in disgust and appeared to yell “go for f-g two!”

Normally, an 18-0 halftime lead would feel pretty good. But against Tom Brady, those three points left on the board feel like they could loom large.