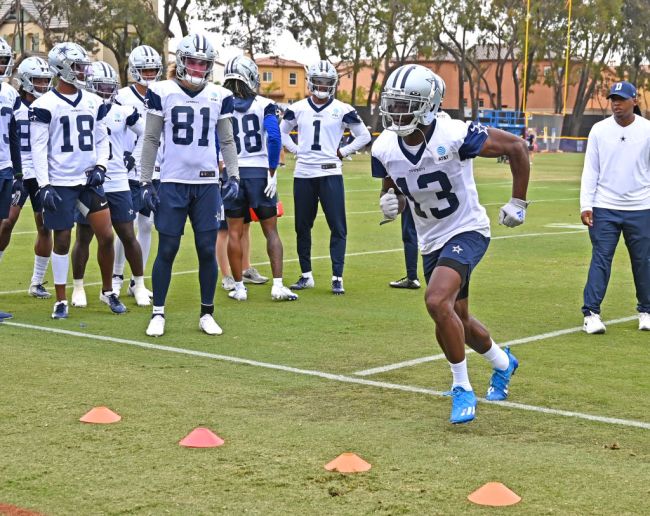 The Dallas Cowboys are worth $5.7 billion and yet their summer training camp facility really couldn’t be any worse. Many NFL training camps began this week and Jerry Jones’ bunch was amongst them.

With hopes of rebounding from a brutal 2020 campaign, the expectations are high for the Cowboys. After finishing 6-10 and missing out on the playoffs a year ago, quarterback Dak Prescott is set to return from injury and the offensive line should return to full strength.

If the team can stay healthy, the offense should be incredibly difficult to defend. However, Dallas nearly lost one of the NFL’s top deep threats in the first week.

A video from camp showed wide receiver Michael Gallup go all-out for a ball to the corner of the end zone. He didn’t complete the catch and proceeded to flip over a fence. The team’s social media team praised him for the effort, which is fair, but chose to ignore the near season-ending injury.

Not only did Gallup take a tumble, but he was clearly feeling the effects after the play. Fortunately for the Cowboys, he was able to continue.

Despite the clean bill of health, the video raises a lot of questions about the field on which the team is training. Most importantly, why is the fence there?

For the NFL’s most valuable franchise to be playing on a field that looks straight out of ‘The Longest Yard’ is embarrassing.

The Cowboys practice at the River Ridge Playing Fields facility in Oxnard, California. It sits on the corner of a golf course, tucked between tennis courts and a real estate development with cookie-cutter red-roofed houses. 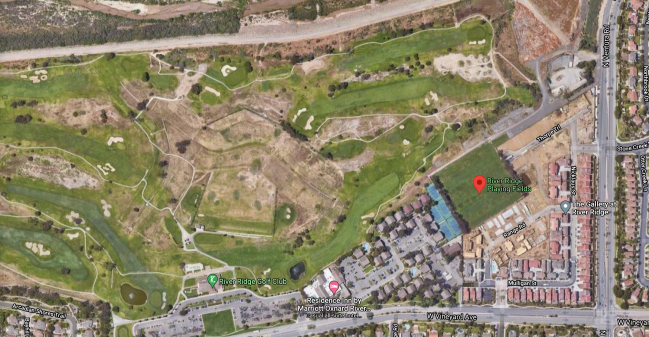 This is the 15th year that Dallas has used the facility for training camp. It is entirely unclear why the team keeps going back. Or if the location is too perfect to leave, it is baffling that Jones hasn’t spent a small fraction of his massive payroll to improve the area.

The fields are literally used for local Oxnard sporting events — like elementary school soccer — and the Cowboys just take over for a few months in the summer and nobody thinks to ask questions. It doesn’t seem like it, but maybe Gallup’s near-injury will be the necessary wakeup call.