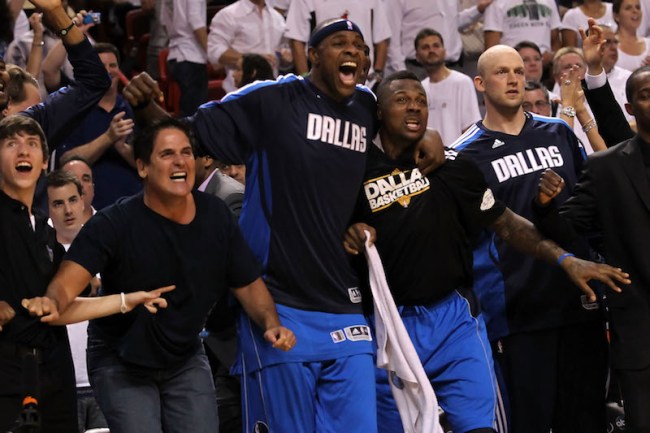 Earlier this week, America took a day to honor the men and women who’ve dedicated their lives to serving their country by paying tribute to the veterans and active personnel who made it their mission to do whatever is needed to protect the United States.

It’s easy to forget the sacrifices soldiers have made (and continue to make) while in the line of duty— like having to spend months apart from their families while deployed.

Veteran’s Day serves as the perfect reminder of just how much we take for granted and it’s truly refreshing to see the outpouring of support for those who’ve helped make America what it is.

Plenty of companies and organizations showed their support for veterans on Monday but I’m not sure if I’ve come across anything that comes close to matching what the Dallas Mavericks are doing tonight when they roll out the red carpet for 120 soldiers who’ve been wounded while fighting for their country.

According to Dallas News, a number of season ticket holders will be giving up their courtside seats in order to let the people who’ve made the ultimate sacrifice get the ultimate NBA experience.

This is the 14th year in a row the Mavericks have hosted Seats For Soldiers, which involves flying in wounded troops, treating them to a four-course meal, and letting them watch the game from the best vantage point you can ask for.

Mav’s coach Rick Carlisle said the team looks forward to the event every year thanks in no small part to the atmosphere it creates:

“It’s always very, very special because our courtside people give up their seats to people who serve our country. Many have made ultimate sacrifices. There’s always a really great spirit to that night and we always look forward to it. It’s a big deal.”