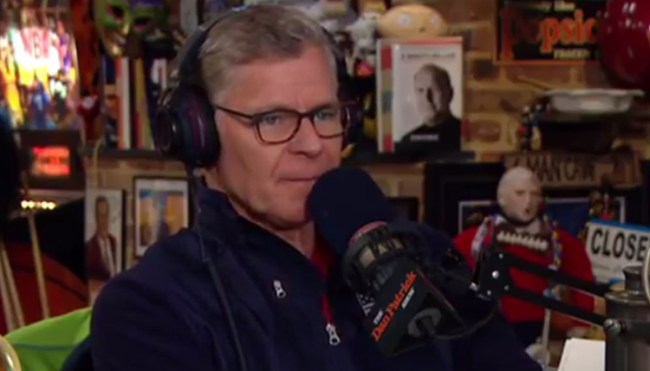 As someone who was lucky enough to grow up during the Golden Age of SportsCenter while devouring ESPN in the 1990s, I liked to think day-to-day life at the network headquarters in Bristol, Connecticut wasn’t that different from the incredible universe that was constructed in the legendary “This Is SportsCenter” ads.

Based on the many stories that have been told and the various books and articles that have been published over the years, it’s pretty evident that the culture at ESPN during that era wasn’t that different than what you’d encounter in a typical office: a place filled to the brim with workplace drama, mean-spirited gossip, and petty feuds.

With that said, there were also plenty of people who genuinely enjoyed working together and viewed each other as friends. That includes Dan Patrick and the late, great Stuart Scott, as the longtime ESPN personality deservedly lauded his former co-anchor with praise after Scott tragically passed away at the age of 49 in 2015 following a battle with cancer.

However, like all good friends, the two men had their disagreements—a fact that Patrick attested to during a recent episode of 10 Questions With Kyle Brandt when he recalled an ill-fated game of pickup basketball that was played at ESPN headquarters back in the day.

"Where do you want me to f**king score on you?" —@DanPatrick to Stuart Scott during a pick-up basketball game at ESPN 😂😂😂 pic.twitter.com/12pEwfWU0Y

During the conversation, Patrick—who played college basketball at Eastern Kentucky on a scholarship—says he was invited to play with some of his less-talented on-air personalities but only agreed to take part in the game if it was a lighthearted affair.

However, things went off the rails as soon as the contest kicked off, as Patrick said:

“As soon as we start, I get the ball inbounds. Stuart Scott picks me up full-court. He’s got his goggles on, he’s got his Air Jordans…and he’s bodying me, forearm and hand-checking. I know this isn’t gonna go well.

I was so mad, because all I wanted to do was run up and down the floor and have some laughs. Stuart was ultracompetitive. So finally, I am dribbling the ball down the floor and I said, ‘Where do you want me to f—king score on you?’ He didn’t say anything.

We got to the end of the game and we needed one more basket. I went in for a layup. Stuart thought he was gonna block it. He cuts my legs out from underneath me. I land on my tailbone. They need to take me to the hospital.”

However, Patrick was so heated that he spent a few minutes in the bleachers before returning to the court, where he demanded to get the chance to take another shot even though the game was over. After draining it, he transported himself to the hospital—driving over a median at ESPN HQ thanks to a combination of pain and anger—and was ultimately diagnosed with a chipped vertebra.