Dana White Reveals Location For UFC Fight Island, Says There Will Be An Octagon On The Beach 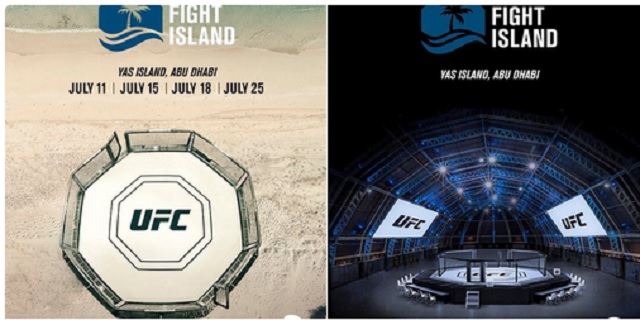 It turns out that Fight Island is actually real and is officially ready to host fights.

In his appearance on ESPN’s First Take this morning, UFC president Dana White revealed that the Fight Island is located on Yas Island in Abu Dhabi, United Arab Emirates. The island will host mostly international fighters who are unable to enter the United States due to strict travel restrictions caused by the coronavirus outbreak.

The UFC will host four events on Fight Island in July, starting with UFC 251 on July 11. and three UFC Fight Night cards that take place on July 15, 18 and 25.

Appearing on @FirstTake, UFC President @danawhite revealed Yas Island in Abu Dhabi to be the location of “Fight Island.”

Four @UFC events will take place on “Fight Island” during the month of July, beginning with UFC 251 on July 11. pic.twitter.com/RbAnsMgg0n

According to White, UFC 251 will feature three championship fights, with welterweight champion Kamaru Usman and Gilbert Burns as the main event. The card will also feature a featherweight title rematch between Alex Volkanovski and Max Holloway, and Petr Yan will fight Jose Aldo for the vacant bantamweight championship.

White also discussed the “safety zone” on the Island that will include hotels, training facilities, and an Octagon on the beach.

Abu Dhabi has actually created this safety zone on the island; within 10 square miles on Yas island will just be inhabited by us,” White said. “And it’ll include an arena, hotels, training facilities for the fighters that are private, so the whole COVID-19 thing is covered. Dining establishments. And, yes, there is an Octagon on the beach.”

It’s still unclear the purpose of the Octagon on the beach but hopefully, it’ll host fights for one of the fight night cards.