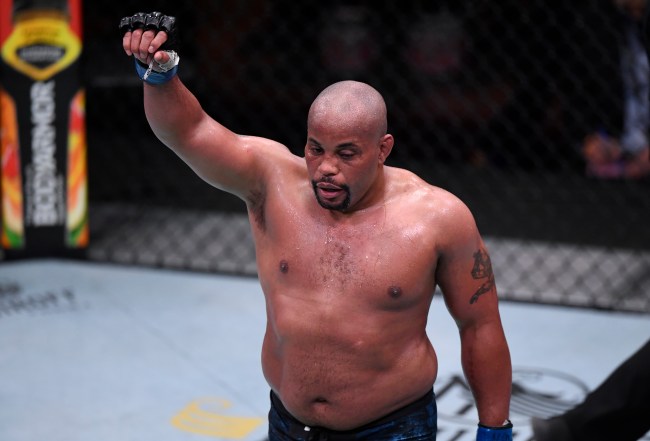 Daniel Cormier seems to be officially done with MMA.

On Saturday, Cormier suffered a unanimous decision loss to heavyweight champion Stipe Miocic in their trilogy fight at UFC 252.

🐐 Stipe Miocic is the greatest heavyweight of all-time! #UFC252 pic.twitter.com/m5Xu2mxxsT

After the fight, Joe Rogan asked Cormier if he was going to fight again but DC shot him down because he says he’s “only interested in fighting for titles” but doesn’t imagine he’s going to get a title shot any time soon.

Cormier: I’m only interested in fighting for titles. I don’t foresee I will be fighting for a title … that will be it for me.

One of the greatest of all-time. 🏆🏆