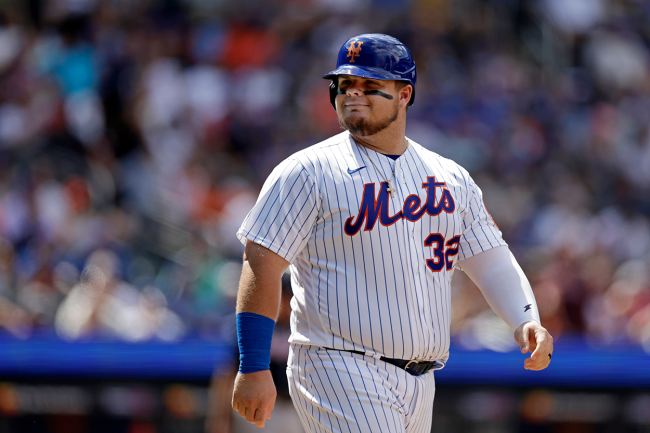 Daniel Vogelbach is the definition of a “unit.” The 6-foot-0, 270-pound first baseman is a very, very large human with surprisingly fast wheels.

After being traded to the Mets in late July, Vogelbach has quickly become a fan favorite in New York. It’s not hard to see why and those who have known his greatness have been rocking with the 29-year-old for years.

During Vogelbach’s debut with his new team, he showed off his speed by running from second to home in less than eight seconds and capped it off with a textbook slide. It was beautiful art.

He one-upped himself on Sunday. It was a masterpiece.

During the third inning of New York’s third game against Atlanta at home, Vogelbach was positioned on first base when Mark Canha knocked a long double to the wall. As the ball made its way into the deepest part of the outfield, Vogelbach got on his horse.

He was absolutely flying around the base path and the Braves could not handle the ball quick enough to get a strong relay throw to the plate. In turn, the Mets third base coach gave Vogelbach the green light and he scored.

He was CHUGGING around the bases. It was glorious.

Vogelbach, who scored all of the way from first at a weight equivalent to a giant panda, lost his helmet while turning to score. He went from first to home in 12.54 seconds and reached a top speed of 24 feet per second.