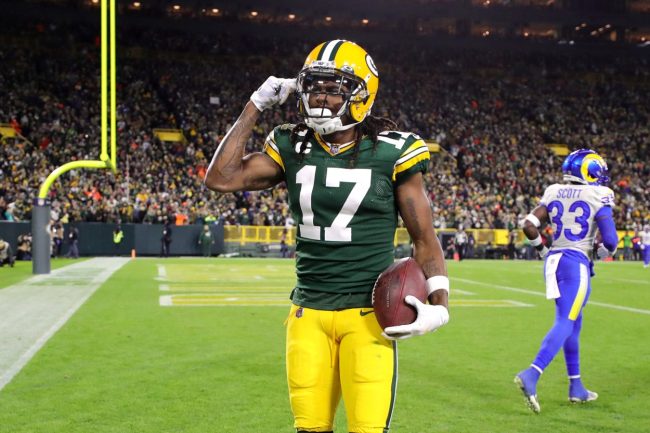 Green Bay Packers wide receiver Davante Adams is on his way to the NFL Hall of Fame. He has become one of the best players at his position, which makes his advice extremely valuable.

That is especially true when he is being as real and down-to-earth as he was on Wednesday.

During his media appearance after practice, Adams was asked about what advice he gives to young wide receivers. The Packers have a young core, so he has spent a lot of time mentoring them and helping them grow into the league, the organization and the position.

He said that young receivers often ask him for different, unique drills to do during the offseason. However, Adams was extremely blunt and said that he sees little value in that approach.

Instead, he believes firmly in doing things that directly translate to football. Adams doesn’t care about the clout, or posting a bunch of crazy drills for appearance on Instagram.

This is an epic Davante Adams quote on what he tells young receivers to work on during the offseason, but my goodness, does this also apply to life, in general, in the social media age. #Packers pic.twitter.com/ZLSofzMXRm

The 29-year-old pass-catcher offers valuable advice, and not just for football players. In life, as the world continues to move more and more digital, as things become more about the appearance, rather than the functionality, it is important to focus on the task at hand.

Instead of trying to look cool or show off, Adams suggests putting your head down, doing what you know will get you to where you want to be, and doing it for you not for what you could look like while doing it.

By following his own advice, Adams went from a second-round pick out of Fresno State to arguably the best wide receiver in the sport over the course of the last seven seasons. Clearly, his approach has paid off. Now go out and apply it to your own life.