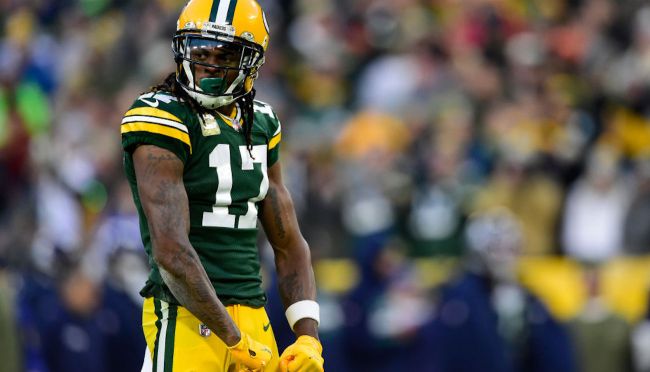 Despite the fact that the Packers resigned two-time defending NFL MVP Aaron Rodgers to a three-year, $150 million deal, All-Pro wide receiver Davante Adams still didn’t want to stay in Green Bay as the 29-year-old pass-catcher has been dealt to the Las Vegas Raiders.

In exchange for Adams — who has racked up 669 catches for 8,121 yards and 73 touchdowns during his eight seasons in the National Football League — the Packers received a first-round and second-round draft pick in the 2023 NFL Draft from the Raiders, which is a relatively small price to pay for a player many consider to be the best at his position.

In fact, the package that the Packers received in exchange for their star wideout is so mediocre that it’s actually making the New York Jets — yes, the JETS — look good, as NFL fans have since pointed out that the moribund AFC East franchise got more in the Jamal Adams trade. Adams, a strong safety, was shipped to the Seahawks for two first-round picks and a third-round pick back in 2020.

Jets got two 1s and a 3 for Jamal Adams — a strong safety. https://t.co/mHacIBtbCT

Jamal Adams got more in return than Davante Adams…

Like @LegerDouzable says, Joe Douglas is the fleece king

Just a reminder on a comparable trade

Jamal Adams was traded for more than Davante Adams https://t.co/NZzccs8llj