David Beckham Reportedly Earning More From FIFA 21 Than He Did Playing For Manchester United, PSG 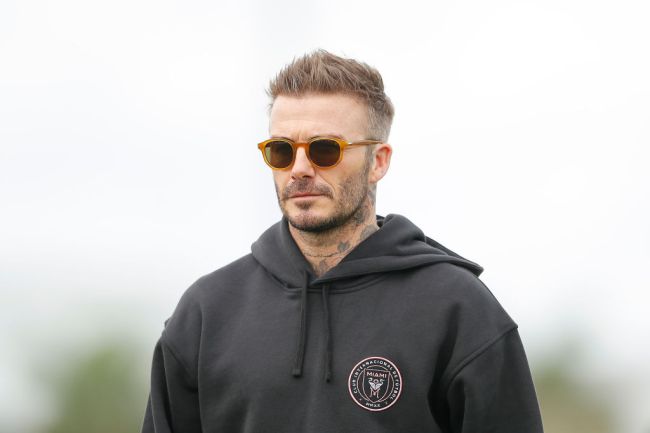 For many people in the United States, when they hear the name David Beckham they think about his wife Victoria and the Spice Girls. Well, either Victoria or the movie ‘Bend It Like Beckham’. On a global stage, however, Beckham is an icon.

The guy is reportedly worth a smooth $450 million and that number may reach new heights thanks to his latest deal with EA Sports’ FIFA 21. Beckham is the new cover star for the next-gen version of FIFA 21. This is the first time he’s donned the cover of the game since FIFA 98. Not only have the graphics gotten astronomically better, as you can see in the photos below, but so too has the money in the video game world.

The graphics have come on a bit 😅 pic.twitter.com/MnK6r5G1Bp

Beckham is reportedly earning a gigantic amount of money for being a part of the franchise. According to The Mirror, the 45-year-old signed a three-year deal with EA Sports worth around $53 million. According to the report, the initial offer was around $40 million, but Beckham and EA renegotiated and landed on the larger sum. Breaking that down into a weekly wage, Beckham will be taking home around $341,000 per week.

This means that Beckham will be taking home more money from his virtual-self than he did while actually playing soccer for Man United and PSG, from a weekly wage standpoint. He reportedly earned $220,000 per week while at Man U and $200,000 per week while playing for PSG.

Beckham was previously a brand ambassador for PES, FIFA’s only real competition, but now he’s been included in FIFA as an icon.

UPDATE: EA Sports responded to this story with an official statement about Beckham’s deal emphasizing that the reported figures are being “completely sensationalized”:

“We’ve seen the reports on the terms of our deal to bring David Beckham back into our EA SPORTS FIFA game. We don’t disclose specific details, but we can be definitive that the figures being reported are being completely sensationalized through irresponsible reporting, and are in no way accurate.”