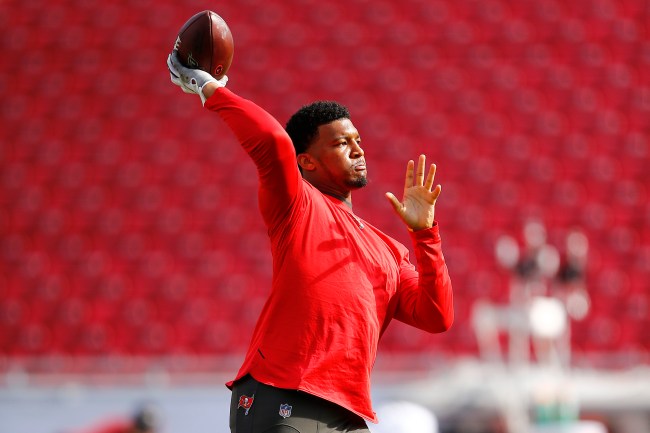 Jameis Winston is currently looking for another job after getting replaced by Tom Brady in Tampa Bay.

Last season, Winston was all over the place. He led the NFL with 30 interceptions but was also able to throw for more than 5,000 yards and 33 touchdowns.

Despite the fact that no team has currently reached out to him, Winston is still working on his game. On Thursday, Jameis posted a video on Twitter where he attempted to show off his pocket presence/awareness with an odd workout drill.

Jameis staying poised in the pocket 💨

For whatever reason retired NFL player turned analyst, David Carr, who happens to be the brother of Raiders QB Derek Carr, fired shots at Winston over his workout drill video.

Stop paying your friends to train you.
Stop. Get some help. I’ve been in a lot of collapsing pockets and never once did I have defenders just flying at my head. 😂 https://t.co/rfZ1XqLbr2

Carr, whose NFL career fizzled out after getting drafted #1 overall in 2003, was immediately crushed by NFL fans over his criticism of Winston.

Why is David Carr saying anything about Jameis??

When him and his brother combined aren’t even half the QB Winston is. https://t.co/RAIYTw83a4

Someone tell David Carr to shut his mouth and take some more acupuncture before telling QB’s better than him how to train pic.twitter.com/Nt4fXNN1XC

Jameis is better today than you ever were…