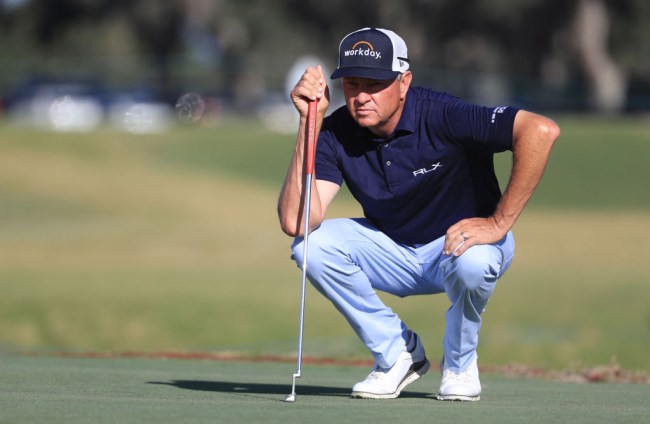 Davis Love III’s house in St. Simons Island, Georgia was destroyed in a large fire early Friday morning according to Lew Turner of First Coast News. Turner shared a rather horrifying photo of the house in flames on Twitter courtesy of the Glynn County Fire Department.

There is no information at the moment about anyone actually being inside the home when the fire began, but thankfully there were no injuries and everyone got out safe.

Glynn County Fire Chief confirms to me that Davis Love III's home on St Simons Island was destroyed by fire this morning. No injuries, everyone is out safe. @FCN2go pic.twitter.com/DfMOZQq3TP

“While everyone in our family is saddened at the loss of our home that was filled with so much laughter and incredible memories, we’re very blessed that everyone is safe and unharmed,” Love said in a statement to Golf Digest’s Alex Myers.

As Eric Patterson of The Score did some digging about the house itself, the plantation-style mansion had been up for sale for six years at an asking price of $4.88 million.

Love is a 21-time PGA Tour winner and now works as an on-course commentator for CBS. His son, Dru, is a professional golfer and former standout at Alabama.