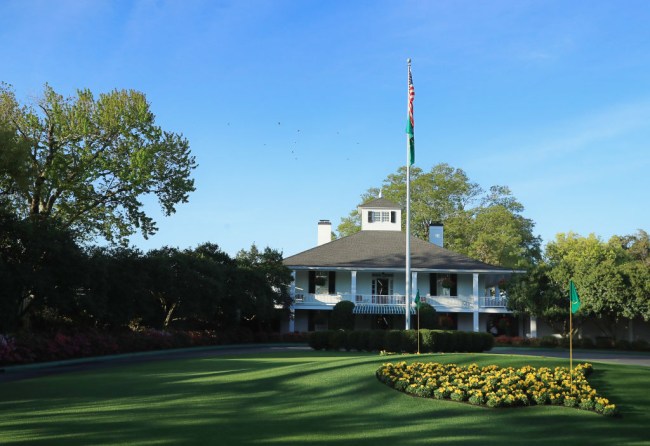 In case you didn’t know, Deadspin still exists and their latest ‘let’s get clicks by writing the most bullshit article of the month’ attempt is an attack on the Masters.

Rob Parker, who recently wrote that the NFL should drop the National Anthem and that Kyrie Irving’s stance against the NBA restart is basically the greatest thing in human history, is the author of the hit piece against the Masters titled ‘We’ve Lived With The Masters’ Name Long Enough.’

If this isn’t an example of cancel culture and virtue signaling, I really don’t know what is. Absolutely no one is even thinking about the Masters right now seeing as how the tournament was pushed to November, and that includes the most die-hard of golf fans. Parker has his slant and his audience on social media, which is fine, but social media isn’t real life.

As historic statues and monuments are being vandalized, taken down and moved all around the U.S. Parker very clearly thought ‘what can I pull out of thin air to piss off the most people at once.’ He thinks he’s helping a cause by bringing this up, but in actuality, he’s only making things worse. Parker knows the story’s title alone will piss off 99% of golf fans, most of which are white males that won’t argue his absurd article because it’s a ‘bad look.’ Plus, with the Masters being held in Augusta, Georgia he’s hitting that southern traditional crowd even harder.

These two sentences alone should bring into perspective just how much Parker and Deadspin are reaching with this story:

“The Masters never felt good or even sounded good when you said it.

And before we hear from the choir about tradition and history, save it.”

Well, folks, I guess that’s it, this one human being doesn’t think the Masters’ name ever felt good or sounded good so we’re going to have to change the name of one of the most historic and prominent sporting events in the history of sport.

That’s not all of the dumbassery found in the story. The story tells the reader to ‘be honest and admit that ‘when you hear anyone say the Masters, you think of slave masters in the South.’

I’m just a white dude that writes about sports and pop culture for a living, but I’m going to confidently call bullshit on the idea that when someone says ‘the Masters’ your mind immediately goes to slave masters. Personally, my mind goes to the sport of golf, Augusta National, a green jacket, and particularly Tiger Woods celebrating behind the 18th green with his family, not the most deplorable era in American history.

The Masters is simply just a name, that’s it, and on the surface level it is most commonly perceived as ‘the mastery of golf.’ The Masters is a tournament for ‘the masters of the game,’ not a yearly event to remember slave masters. Not every professional golfer gets into this field or can go to a Monday qualifier like regular PGA Tour stops, it’s a tournament for the world’s best on America’s most prolific golf course.

No argument here, those two facts, for lack of a better word, suck and I wish that weren’t the case.

The tournament used to be called The Augusta National Invitational before it was changed to the Masters in 1939. I’d like to think Bobby Jones and Clifford Roberts changed the name simply because it’s prestigious-sounding, unique, and only the masters of the game tee it up in the event and not some sort of excuse to look back at a horrible time in the United States.