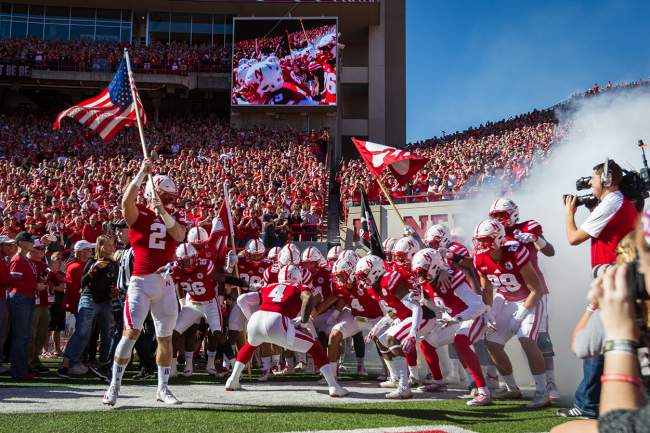 Name, Image and Likeness has become a much bigger beast than was ever intended. Although the writing was on the wall and everybody knew that NIL was going to cause all kinds of issues within college football and recruiting, the warning signs were ignored and it has become a major point of contention.

But that doesn’t mean that NIL isn’t also being used the “right” way. Take Decoldest Crawford for example.

Crawford, a former three-star wide receiver recruit, had 16 D-I offers from schools like Arkansas, Ole Miss, Penn State, USC and Washington State, among others. He initially committed to LSU, but later decommitted and signed with Nebraska.

As Crawford begins his first year in Lincoln, he is cashing-in on his name. Literally.

Crawford announced at the end of July that he is the newest spokesperson for SOS Heating & Cooling, an Omaha-based service company for ventilation and air conditioning.

Considering that SOS’ entire existence is to ensure that you are “the coldest” during the hot summer months, bringing on someone named ‘Decoldest’ makes perfect sense. The deal is exactly what NIL is for and it is awesome.

SOS and its newest spokesperson recently dropped their new commercial together and it could not be more perfect. The spot is exactly what it needs to be and Decoldest is made for the big screen.

You wanted it, so here it is! @Yrncold knows who to call if you want your AC the coldest this summer! pic.twitter.com/MhJQ5ygNdy

The terms of Decoldest’s deal with SOS are undisclosed, but whatever SOS paid, it wasn’t enough. The partnership between the two is a match made in heaven.