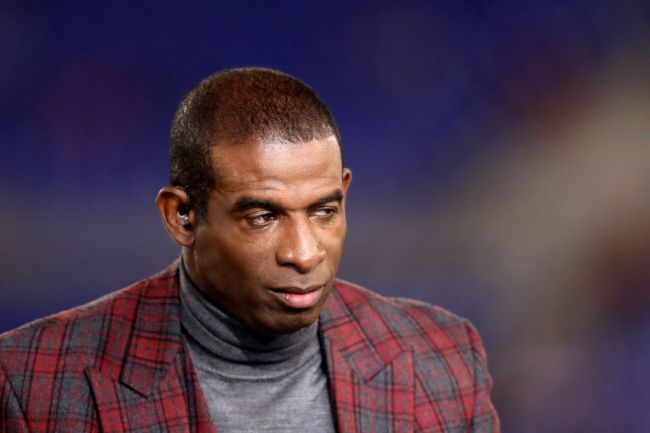 Deion Sanders was staying at a hotel in Jackson, Miss. when some asshole decided to break into his Ford F-350 and steal a boom box that he has insisted had extreme sentimental value to him. Sanders, who accepted a head coaching job at Jackson State this past September, addressed his fans in a video where he offers an unnamed reward to anyone who can locate his stolen boom box.

“I have a black Ford F-350 and it was broken into last night. A white suburban came at 5:30 in the morning, broke the window down and stole this boombox that one of my dearest friends gave me as a birthday gift,” Sanders explained “I’m a little disturbed because the boombox has a sentimental value to me, I am offering a reward to find the boombox. I want that boombox back, I don’t give a damn about the suburban we can always get that replaced, I don’t care about the money it is just the principle of it. Somebody special gave that to me as a birthday gift and I want it back.”

Sanders went on to clarify that there would be a reward to the person who finds his boombox but did not specify exactly what the reward would be. He closed the video off by pleading the “streets” to find it.

TMZ reached out to the Jackson Police Department in regards to the incident and a spokesperson claimed they’re on the hunt for the suspect, adding the white suburban is a “suspect vehicle that we’ve been looking for a while now.”

This boombox is clearly in the hands of the streets now if the authorities can’t find it and one can only hope that the streets can pull through for prime time. I can’t imagine what the reward would consist of but I know for damn sure Prime Time would never disappoint.