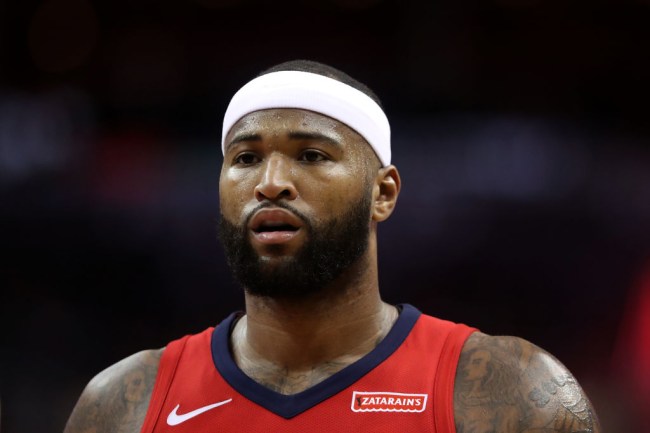 Earlier this year, the New Orleans Pelicans had every intention of signing center DeMarcus Cousins, but then he suffered a devastating Achilles injury and the team had a solid playoff run without him.

New Orleans has been planning to offer DeMarcus Cousins a five-year max deal in the $175 million range on July 1 and widely expected to re-sign him immediately. The calculus involved obviously just got a lot more complicated …

According to ESPN’s Zach Lowe the Pelicans are floating around the idea of offering Cousins a short-term deal for less max money.

The Pelicans have broached internally the idea of offering Cousins a two- or three-year deal at less than the max, per sources familiar with the discussions. I would not expect that to go over well with Cousins’ camp. But the Pelicans have the dual leverage of winning without Cousins and a tepid market for him.

Only a half-dozen or so teams have max-level space this season, and most won’t pursue Cousins at that level, sources say.

Apparently Cousins isn’t happy with the Pelicans at the moment because he unfollowed the team on Instagram last night.

@World_Wide_Wob boogie unfollowed the pelicans and this is what he had to say. pic.twitter.com/2j3RNZwysC

Cousins could just be stirring the pot in an attempt to negotiate his next contract, but it’s pretty clear that he has no leverage especially after he suffered the Achilles injury.