Dennis Schroder Is Reportedly In A ‘State Of Shock’ Over Rejecting Lakers’ $84 Million Deal And Only Getting $5.9 Million Offer From Celtics 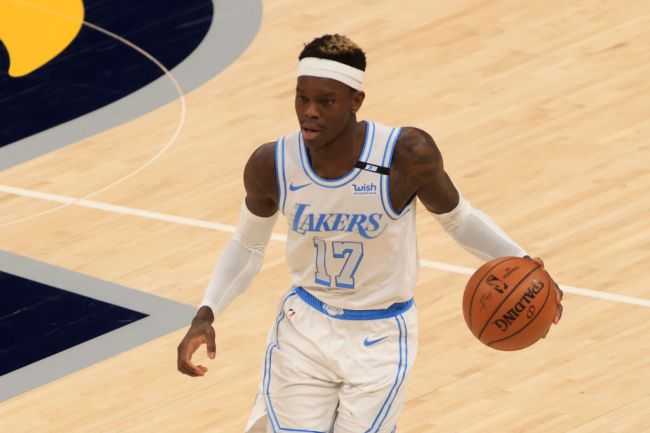 Dennis Schroder made a big mistake.

Back in March Schroder decided to reject an $84 million contract extension from the Lakers because at the time he reportedly believed that he would command $100 million in free agency.

Unfortunately for Schroder, he played terribly during the Lakers playoff run and all of his potential offers quickly evaporated. After a week into free agency, Schroder still hasn’t signed with a team and is reportedly in a “state of shock” over rejecting the $84 million offer from the Lakers.

He’s only interested in one year, and then getting back out there,” said the source, who added that Schroder has also run into another problem — the sudden lack of available starting point guard jobs.
The Celtics have pitched Schroder the idea of backing up Marcus Smart next season.
“He needs time — I think he’s in a state of shock because of what he’s done,” the source said of Schroder turning down a four-year, $84 million offer last season from the Lakers, who responded by trading for Russell Westbrook.

Schroder currently only has a $5.9 million offer from the Celtics but he’s still holding out for a better deal.

#Celtics have offered Dennis Schroder a one-year deal – at the taxpayer $5.9M MLE – per league sources. The current hold up for Schroder is twofold: He wants the full MLE – which is $9.5M – and also seeks a second-year player option. Boston doesn’t want to be hard-capped.