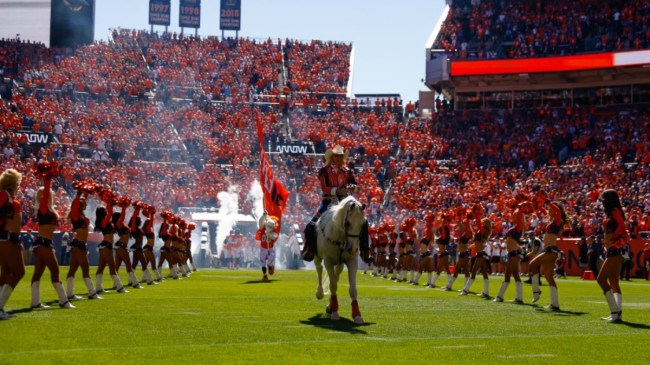 When the Denver Broncos traded for Russell Wilson this offseason, it was supposed to be a move that put them in contention to win the loaded AFC West. So far, they’ve barely looked like a contender to make a playoff appearance.

In Week 1, they travelled to Seattle to take on Wilson’s former team and the offense struggled in the red zone, fumbling twice at the goal line and settled for field goals on two other drives that got inside of the Seahawks’ 15-yard line. Despite those struggles, they still had a chance to win late.

Unfortunately, they squandered the opportunity, opting to kick a 64-yard field goal on 4th and 5 instead of putting the ball in Russell Wilson’s hands.

They didn’t look too much more convincing in Week 2. they welcomed the Houston Texans to Denver for their second game of the year and the offense struggled again. This time they only scored 6 points in the first 3 quarters. They were able to pull out a 16-9 win in the game, but it once again wasn’t the performance they were hoping for.

Now they’ve made a big coaching move to address their early issues.

Rosburg began his NFL coaching career more than 2 decades ago and is being brought in to help more efficient decisions be made on gameday for the Broncos. That was clearly a problem in Week 1 and having somebody help 1st year coach Nathaniel Hackett handle that facet of the game can only help.

We’ll have to wait and see if this is enough to help the Broncos’ offense start to look like the unit fans were expecting this season.