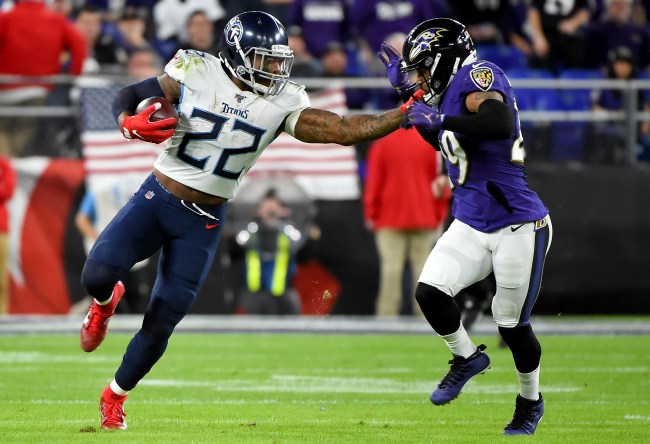 The Tennessee Titans beat the Baltimore Ravens on Saturday night and they immediately started talking trash after their win.

Last week after the Patriots gave up 182 rushing yards against Derrick Henry, Ravens safety Earl Thomas took a shot at the Pats defense and said the Ravens were going to be able to tackle Henry because “their mindset was different.

He’s a cutback runner. He’s very patient. He’ll find creases. And guys didn’t seem like they was too interested in tackling him.

“I think our mindset is a little different.

Henry rushed for 190 yards against the Ravens and after the game he took a shot at Thomas during his postgame interview.

During the postgame press conference, Tajae Sharpe had his own fun with the Ravens when he hilariously imitated Mark Ingram’s “Big Truss” speech from earlier in the season as he called up Derrick Henry to the podium.

Tajae Sharpe imitates Mark Ingram as he calls up Derrick Henry to the podium… (via @jwyattsports)pic.twitter.com/0P7mTWcFnk

Sharpe’s imitation was on point.