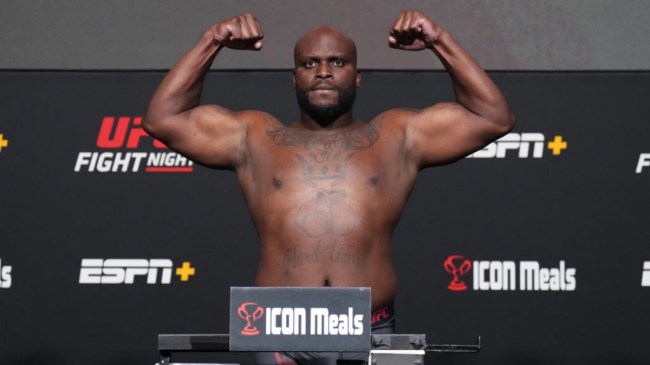 The card was expected to be headlined by a clash between two exciting heavyweights in Derrick Lewis and Sergey Spivac. Both men were set to enter the fight ra need in the top 15 in the division, but the two men had been heading in opposite directions in recent fights.

Lewis had dropped 2 in a row, getting finished by Tai Tuivasa and Sergei Pavlovich. Spivac had won his last 2, finishing Augusto Sakai and Greg Hardy. This fight was expected to provide both with an opportunity to establish where they stand in this division.

Unfortunately, Derrick Lewis had to withdraw from the fight on fight day because of an illness. That has led the UFC to move a fight between Kennedy Nzechukwu and Ion Cutelaba

#BREAKING: Derrick Lewis has a non-COVID illness and today's #UFCVegas65 main event vs. Serghei Spivac has been CANCELED.

It’s an unfortunate cancellation as Lewis is a fan favorite and this fight was expected to produce fireworks. However, while the new main event lacks the name recognition of the original, it should still produce plenty of action in the cage.

Cutelaba is a notoriously fast starter while Nzechukwu tends to get better as the fight goes on, likely meaning this could be a thrilling back and forth battle.

It is unfortunate that fight fans won’t get to see Lewis in the cage today, but there should still be plenty of action for them to enjoy.