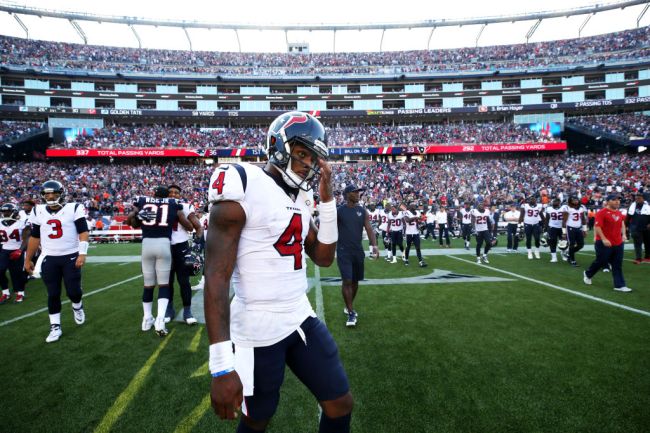 Not every Browns fan is happy about the Deshaun Watson trade.

On Friday, the Cleveland Browns shocked the NFL world when they traded for the Texans superstar QB and signed him to a historic contract.

After the trade, several outraged Browns fans vowed to root for other teams because they refused to root for Watson, who is currently being sued by 22 women for sexual harassment.

Jokes aside. I’m legitimately devastated by this. Crushed. Too much of my identity was tied up in the Browns. I want no part of Watson situation. I’m out and the whole thing made my body sink. I’m stunned and hurt. This is a bad decision the Browns made. Made numb by it. Sucks

One Browns fan was so unhappy with the trade that he put up a “Fuck Watson” “Fuck Haslam” banner on the I-90 freeway in Cleveland.