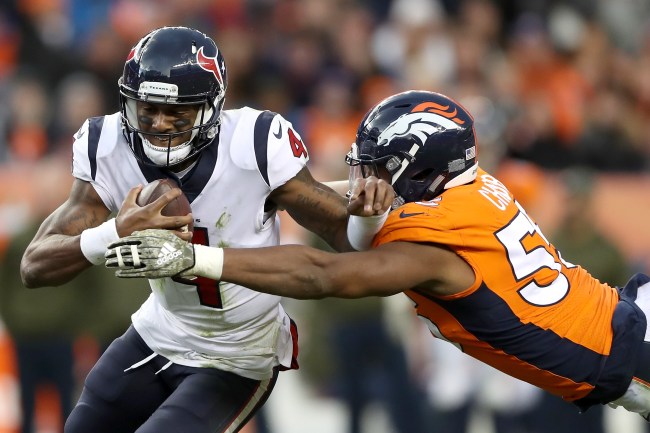 Earlier this week it was reported that Watson had requested a trade from the Texans after he had a falling out with Texans owner Cal McNair.

Watson made the request to the team weeks ago, sources told ESPN.

Apparently, one of the teams Watson has zero interest in getting traded to is the Denver Broncos according to ESPN’s Woody Paige.

What I was told days ago by a trusted NFL source was Watson had zero interest in Denver and Stafford wanted warm weather. Someone should tell him Denver has 300 days of sunshine. Don’t mention the other 65.

Watson has the power to dictate which team he gets traded to because of the no-trade clause in his contract.

As of now, it doesn’t appear that Texans are interested in trading Watson away this offseason.

Texans’ GM Nick Caserio: "Before we take a few questions: Organizationally, we want to reiterate our commitment to Deshaun Watson. We have zero interest in trading the player."