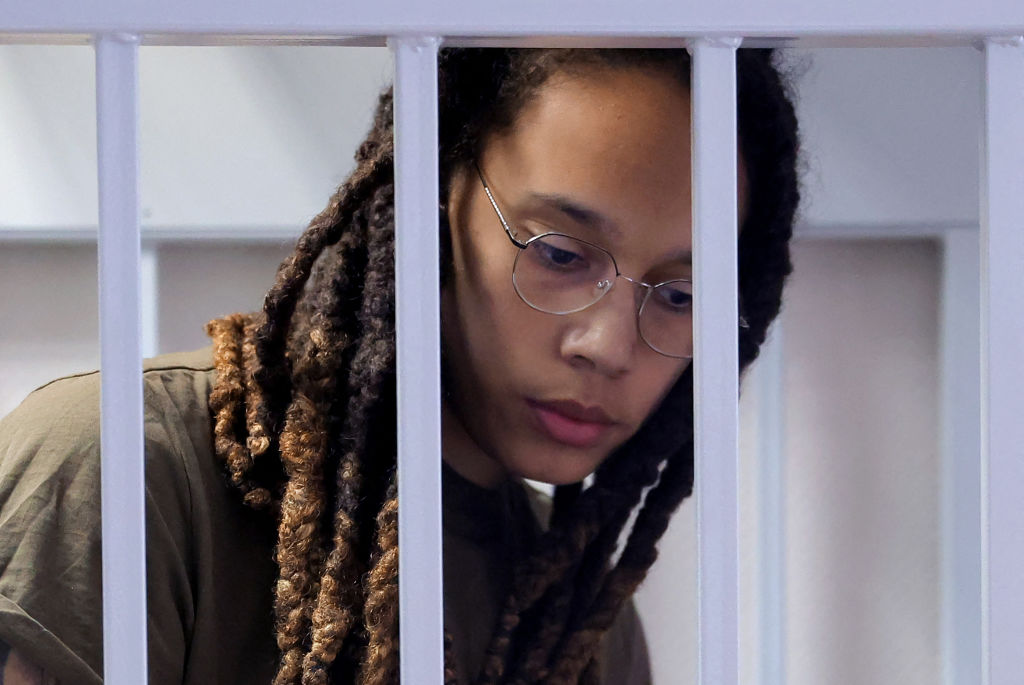 We finally know the whereabouts of Brittney Griner, two weeks after she went missing when Russian authorities moved her but unfortunately, it sounds like she’s dealing with horrific conditions in prison.

According to Reuters, Griner is believed to be in a penal colony in Yavas, about 300 miles south of Moscow.

Russian authorities have given no information on her whereabouts for nearly two weekshttps://t.co/cb10dRQg2j

U.S. basketball star Brittney Griner has been taken to a penal colony in the Russian region of Mordovia, a source familiar with the case told Reuters on Thursday.

.Russian authorities have given no information on her whereabouts for nearly two weeks, but the source said she had been taken to Female Penal Colony IK-2 in Yavas, about 500 km (300 miles) southeast of Moscow.

The colony is in Mordovia, the same region where another American, Paul Whelan, is serving a 16-year sentence in a different penal settlement after being convicted of espionage charges that he denies.

The Griner’s new penal colony is reportedly known as a rat-infested sweatshop and prisoners have lost fingers due to the long hours they’re forced to work.

The notorious penal colony is known as a rat-infested sweatshop for prisoners, some of whom have lost fingers during long hours at their sewing machines. To deal with the rat population, the guards enlisted stray cats, which were later discarded into furnaces to keep their numbers down, according to a 2019 Radio Free Europe report.

The Yavas penal colony has a reputation for working inmates for up to 16 hours a day and beating those who don’t fulfill daily production quotas.

“Inmates work from 12 to 16 hours a day with lunch and toilet breaks,” Podoplelova said. “Daily quotas are set very high, but one official salary is normally shared by several inmates. As a result, inmate workers only get a pay of several hundred roubles a month.”

The Yavas penal colony – where Griner is thought to be imprisoned – does not have a good reputation, with inmates who worked there speaking of beatings and intimidation. “I worked as a seamstress and there is a law: if you do not fulfil the production rate, you are beaten,” former inmate Irina Noskova told Russia’s New Times in 2013.

A U.S. Department spokesman released a statement about the latest reports on Griner.

“We are aware of reports of her location, and in frequent contact with Ms. Griner’s legal team.

“However, the Russian Federation has still failed to provide any official notification for such a move of a U.S. citizen, which we strongly protest. The Embassy has continued to press for more information about her transfer and current location.”