Details of Brent Venables’ Contract With Oklahoma Have Been Released 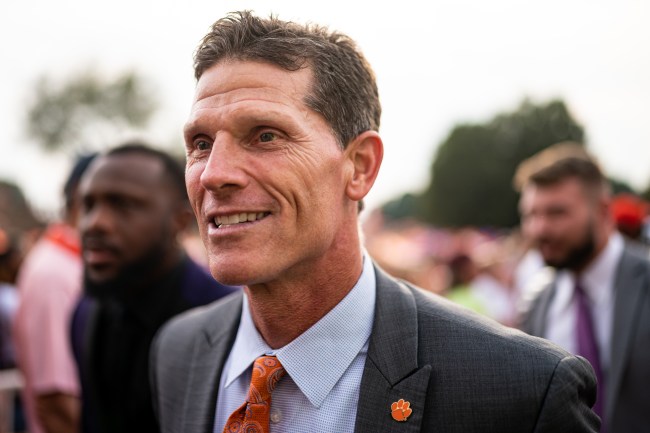 Everybody was expecting Brent Venables to secure a nice contract when he took over the head coaching job at Oklahoma. Now we know exactly how much Venables will be making to take over for Lincoln Riley.

BREAKING: OU releases Brent Venables’ contract terms. It still must be approved by the Board or Regents.

It might not have the same flash as some of the massive contracts we’ve been hearing about lately, but it’s a nice raise for Venables. Last season, he was college football’s highest paid assistant, making $1.8 million as Clemson’s defensive coordinator.

Now he’ll add another 4.6 million to his paycheck this season with a $100k raise every year after. It’s not a bad setup for his first head coaching job.

In return for that contract, Oklahoma will ask Venables to do something every coach before him has struggled to do. He’ll need to get the Sooners to play defense.

If there was ever a man for that job, it’s Venables. Over the course of a decade at Clemson, he turned the Tigers into a defensive juggernaut and was a major part of their 2 national titles and 6 consecutive appearances in the College Football Playoff.

This hiring was especially important for Oklahoma as Brent Venables will now be the coach to lead them into their move to the SEC. He’ll also need to do a bit of rebuilding for the Sooners as the program suffered a few losses in the form of transfers and decommitments in the aftermath of Lincoln Riley’s departure.

His first task as Sooners head coach will be convincing quarterback Caleb Williams to stay in Oklahoma.