Detroit Lions Star Not Happy About His Recent Role 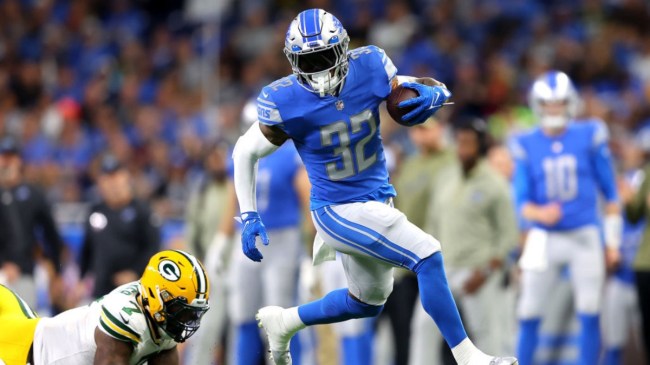 8 games into their season, it has become clear that the Detroit Lions are not going to be the incredible redemption story that fans were hoping for after watching them on Hard Knocks during the offseason.

They are currently just 2-6 even after taking down the Green Bay Packers last weekend, traded away a former top 10 pick at the deadline, and haven’t won a game on the road since 2020.

D’Andre Swift recently returned after missing 3 games with an injury. Swift has been used sparingly since returning and according to offensive coordinator Ben Johnson, isn’t too happy about it.

Swift actually had pretty strong usage in his first game back from injury. He played 55% of the team’s snaps against the Dolphins and had 5 carries and 5 catches.

Last week was when he was oddly phased out of the offense. Swift played only 16% of the Lions’ snaps and had only 5 total touches in the win over the Packers. Part of that can likely be attributed to the Lions leaning on Jamaal Williams to grind out the game as they held a lead over the Packers.

However, Swift was oddly out-snapped by 3rd string running back Justin Jackson.

Maybe this was because the Lions are trying to be cautious with Swift. Maybe this was just how things worked out with their plan to attack a Packers run defense that isn’t very strong up the middle.

Whatever the reason, it’s easy to see why a running back with as much talent as Swift would be unhappy with such limited playing time.