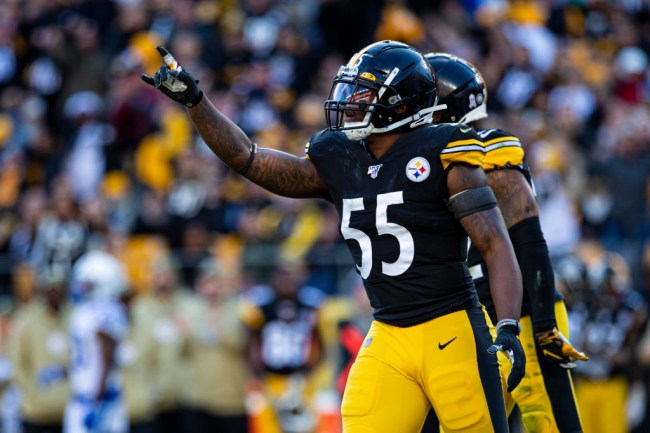 Devin Bush may be a rookie, but his prediction skills are that of a veteran guru.

The first-year man out of Michigan has been giving predictions ahead of Pittsburgh’s matchups throughout the season. He’s, of course, missed on a few of them, but over the last couple of weeks his predictions have been scary accurate.

Ahead of Pittsburgh’s matchup with the Rams on Sunday, he said the Steelers would finish the contest with two interceptions and four sacks.

Devin Bush was asked to guess how the Steelers' D would do this Sunday.

His predictions were perfect 🤯@DBush11

Jared Goff did throw two picks in the game and was sacked a total of four times. Los Angeles punter Johnny Hekker also threw a pick, so the Rams ended the game with three interceptions, but come on you can’t expect Bush to predict a fake punt pass in a game.

Ahead of Pittsburgh’s matchup against the Colts the week prior Bush’s prediction was spot-on yet again.

Prior to the game, Bush said that the Steelers would sack Jacoby Brissett four or five times and pick him off once. The Steelers went out and forced one interception and sacked Brissett five times.

If Bush hasn’t gone out and bought hundreds of lottery tickets, I don’t really know what he’s doing.

Bush and the Steelers are now 5-4 on the year and are turning heads as they’ve surpassed expectations with Ben Roethlisberger out for the year with an elbow injury. Mason Rudolph has done enough at quarterback and the defense has looked impressive along the way.

Pittsburgh travels to Cleveland on Thursday night to take on Baker Mayfield and the Browns and you’ve got to think Bush will have a pretty bold prediction about his defense going up against Mayfield.