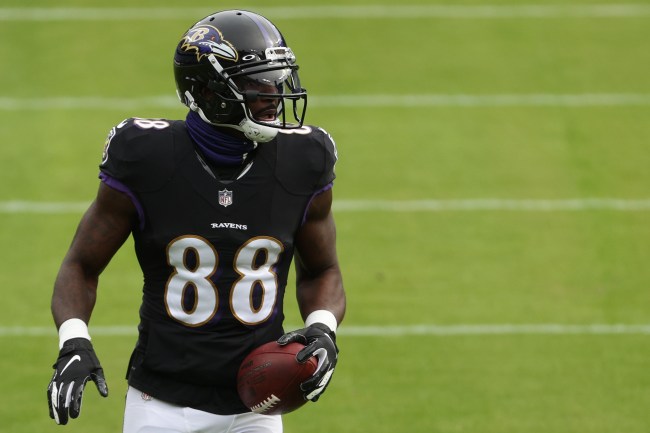 Dez Bryant was hyped to play his former team the Dallas Cowboys on Tuesday but unfortunately he had to sit out after testing positive for Covid-19 minutes before kickoff and he’s clearly extremely frustrated with the entire situation.

According to ESPN Bryant had two inconclusive tests before testing positive during a third test before the game.

, Bryant’s PCR test Tuesday morning was inconclusive, as was the rerun of the test. The lab is in Maryland, so that’s why the results came back on Tuesday evening.

The subsequent point-of-contact PCR test at the stadium was positive and Bryant was removed, as per NFL protocol.

Immediately after being pulled from the field, Bryant sat for a contact tracing interview with league and NFLPA officials, who also uploaded data from a movement tracing device that Bryant was wearing, a source told ESPN. Based on the interview and the results from the device, officials felt confident there were no high-risk close contacts, according to sources.

An annoyed Bryant took to Twitter to say that he was quitting the season after the positive test.

I’m about to drink some wine and cope….

Since I’m out do you guys want to hear about my businesses I’ve been working on?

I’m not drunk yet.. I only had one glass of wine… I’m getting my business stuff together to share with you all lol