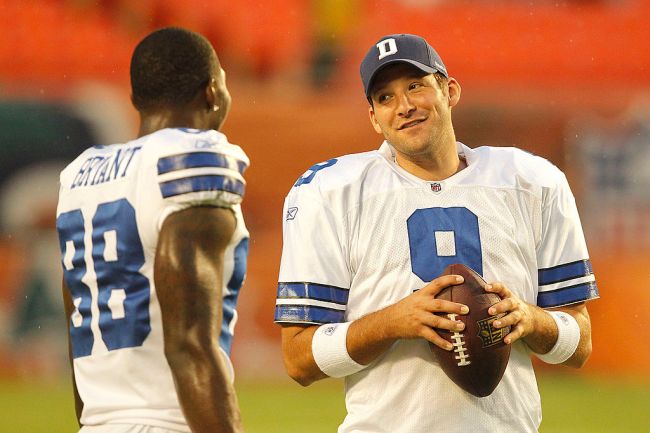 Drew Brees played in part of the New Orleans Saints win against San Francisco on Sunday but exited the game due to injuries from a brutal hit.

Brees played through the injury – which is reportedly more serious than first believed – and Brees has five fractured ribs and a collapsed lung.

Still, people were impressed with the quarterback’s ability to play through the pain.

The situation reminded many people of Tony Romo back in 2011 when the Dallas Cowboys’ quarterback sustained a broken rib and punctured lung after taking a huge hit against – wait for it – the 49ers.

Romo played through the injury, taking a painkilling injection during halftime, and went 12-of-15 for 201 yards in the fourth quarter and overtime. The Cowboys won 27-24.

Patrick Walker of CBS Sports, reacting to the announcers proclaiming “I can’t believe he was playing out there with broken ribs”, tweeted out “I know a guy who led a comeback on the road with that problem.”

This comment prompted Dez Bryant, now with the Baltimore Ravens, to tweet just one thing in response.

The number 9 is Romo’s old jersey number with the Cowboys.