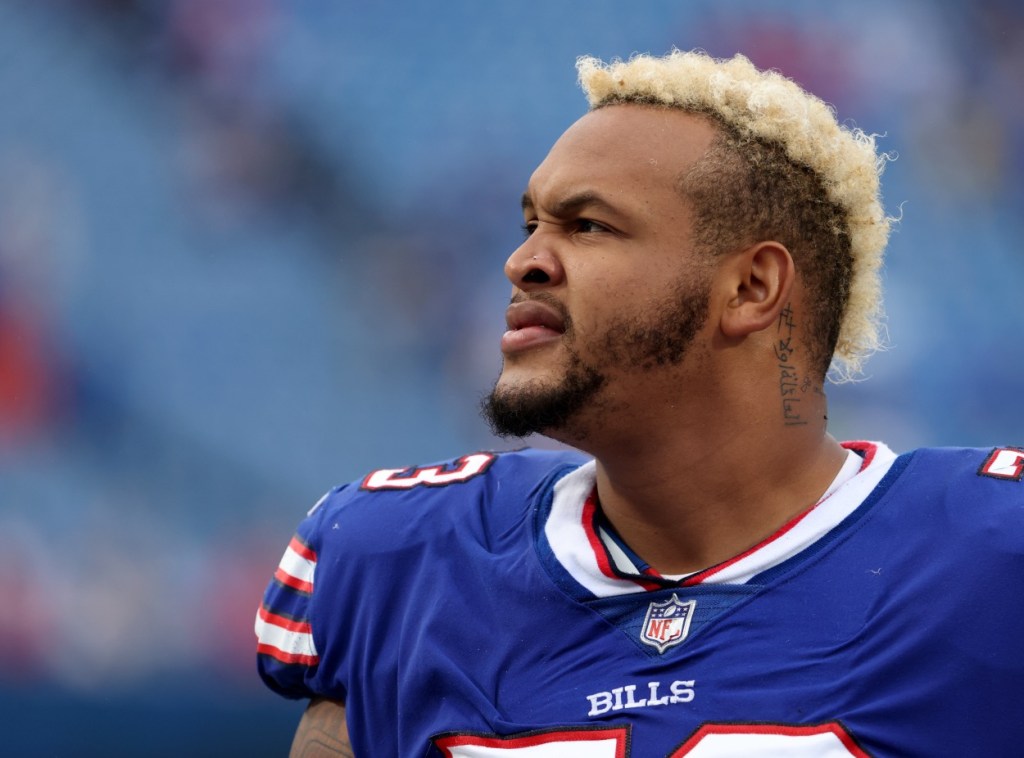 Josh Allen and the Buffalo Bills are only 2 wins away from reaching the Super Bowl. The Bills haven’t won the AFC Championship since 1993 and all they’ll have to do to earn a trip to the Super Bowl in Los Angeles is beat Mahomes and the Chiefs (in KC) and whoever wins the Bengals-Titans matchup. Easy, right?

Buffalo Bills LT Dion Dawkins is confident and dammit, his confidence is infectious.

Speaking with Joe Buscaglia of The Athletic, Dion Dawkins addressed how many people in and around the NFL wrote the Bills off after they stumbled mid-season. His message is clear: ‘f the haters’. And it needs to immediately be the new rally cry for Bills fans.

Dion Dawkins Has A Hilarious Message For Bills Haters

"No disrespect, but F everybody."

“No disrespect, but it’s just F everybody.” — Dion Dawkins

Later from Dawkins: "The world dropped us on our head and it was just us back to pick each other up. We as a unit know that. It's literally just, no disrespect, but F everybody and just focus on ourselves."

“No disrespect but F everybody” is this teams new slogan https://t.co/Ohr8PsZjaz

Honestly, I love it. @DDawkins66 is right. And I like the big men playing with a chip on their shoulder. Just win baby. 🙏🏽🙏🏽

will be using this quote at the end of every sentence concerning the Bills for the rest of this week.

"No disrespect, but F everybody." https://t.co/cq6leyFYVJ

The Bills are currently +1.5 point underdogs ahead of their trip to Arrowhead Stadium to face Patrick Mahomes and the Kansas City Chiefs. I used to think the Chiefs were unbeatable until my Tampa Bay Buccaneers made them look silly in the Super Bowl last season. I think the Bills have a strong chance to do that this weekend. F the haters.