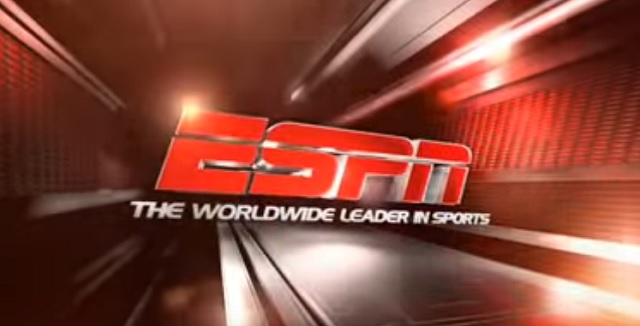 The Walt Disney Company (DIS) is close to acquiring Twenty-First Century Fox’s (FOXA) movie and television productions assets, including their valuable regional sports networks, in a deal that could be announced as early as next week. Under the terms of the proposed agreement, DIS would also receive FOXA’s stake in Nat Geo, Star Network (in India), SKYAY and Hulu; while FOXA maintains its news division, broadcast network and FS1. The enterprise value of the assets DIS is said to be looking to acquire exceed $60 billion.

Howie Long-Short: DIS is looking to go all-in on ESPN and live sports programming; both on a national and now, local basis. In the evolving media landscape, scale matters and adding FOXA’s MLB, NBA & NHL local broadcast rights make the ESPN+ OTT streaming service (set to launch in ’18) far more compelling. Should the deal be completed (CMCSA remains in contention, though FOXA prefers DIS stock), current FOXA shareholders would receive one share of the company following the close of the transaction; plus, additional shares of DIS in a fixed exchange ratio.

Fan Marino: Murdoch hasn’t been high on RSN’s for some time now, as he’s watched broadcasting rights rise at a faster rate than affiliate revenue can grow; but DIS isn’t taking on a sinking ship. A 2016 Nielsen study found that sports fans consider RSNs to be their most valuable cable channel and the 5th most important channel within their entire cable bundle (behind the 4 broadcast networks). In St. Louis, where hockey and baseball games draw massive audiences on Fox Sports Midwest nightly, viewers rated the RSN more important than any other channel (including the broadcast networks); Detroit fans rated their RSN 2nd most the important channel within their bundle.

JohnWallStreet had the pleasure of attending the 34th Annual March of Dimes Sports Luncheon, presented by Ford (F). Attended by more than 700 leaders and influencers within in the sports business industry; the event raised $1.17 million for pregnancy and baby health research, education, vaccines, and breakthroughs. JWS had a chance to catch up with former AFL Commissioner and CEO of the Pro Football Hall of Fame, David Baker, to discuss “niche” sports, OTT programming and the NFL’s 100th anniversary.

Baker: Well number one, I call them “emerging” sports; but without question, it’s time. It’s the time to make the memories. Let’s remember, when the NFL had their first big break, when the Baltimore Colts and NY Giants met in what many consider the game of the century; the league was 38 years old. It almost must be passed down from generation to generation. That’s the biggest hurdle. There are things that you can see that are real cool, and real fast, and they flash; but to sustain it, it’s got to be multi-generational.

JWS: How long do you believe it takes for a league sports league to fully develop?

Baker: It takes 60 years to grow a major league, but with streaming and the internet there are so many more platforms, everybody has an opportunity to find their audience now.

JWS: NFL television ratings are down again this season, are you concerned that football is losing popularity?

Baker: You’ve got ratings that are dispersing because a lot of millennials are going to streaming and not watching that big screen, but it’s still an aggregate that is significantly higher than MLB, NBA and NHL combined. There was a time when basketball was going through something like this and a guy named Michael Jordan came along; all of us became glued to that game again. I think that the NFL is still strong and destined to be even stronger as we approach the 100th anniversary.

Howie Long-Short: In preparation for the NFL’s 100thanniversary and centennial celebration, David Baker is overseeing construction of the Johnson Controls Hall of Fame Village; a $800 million sports and entertainment “smart city” that surrounds “the Church of Football” in Canton, Ohio. You can’t invest in the county funded project, but you can in sponsor Johnson Controls (JCI), a multi-international manufacturer of automotive parts & HVAC equipment. The naming rights contract is estimated to be worth more than $100 million (plus technology) over 18 years.

Fan Marino: Speaking of “emerging” sports, the National Lacrosse League (indoor) just announced a partnership with CBS Sports Digital to stream regular season and playoff games (live and on-demand) on the subscription OTT service SportsLive. In a quote that echoed David’s thoughts on streaming and the internet, Commissioner Nick Sakiewicz said,“the future of sports is an ever-changing digital viewing experience.” It may be the present too; the league averaged 344,000 viewers for its TWTR game of the week last season and has 25,000 paying OTT subscribers.

The Seattle City Council has approved a $600 million renovation of Key Arena to attract an NHL team (and possibly an NBA team back) to the emerald city. The plan is to have the renovation completed by October 2020, in time for the start of the ‘20-‘21 NHL season. The NHL is expected to decide in July if it will be relocating an existing team to the market or if it will award the city an expansion franchise; the league would like to balance out its conferences (currently 31 teams) and has arena issues in both Calgary and Arizona that need to be addressed.

Howie Long-Short: The approved deal is between the city and Tim Leiweke’s Oak View Group (OVG); an advisory, development and investment company for the sports and live entertainment industries. The Oak View Group is fully financing the $600 million deal (i.e. no public funding) and will contribute an additional $40 million to mitigate traffic and parking problems around the arena; with another $20 million going to local charities. You can’t invest directly in the Oak View Group, but you can play the Key Arena project through them. Azoff MSG entertainment, a joint venture between Irving Azoff’s management firm and the Madison Square Garden Co. (MSG), has invested in the OVG.

Fan Marino: I’m confident that Seattle is going to land an NHL franchise, but if they don’t, it wouldn’t be the first time OVG built an arena without delivering the promised tenant. The group built the Sprint Center in Kansas City, promising to land a winter sports franchise within 2 years. The planned relocation (Pittsburgh Penguins) fell through and no local ownership group (with interest in purchasing an NHL or NBA team) has emerged since. That won’t be an issue in Seattle. A prospective ownership group already exists, including; investment banker David Bonderman and movie producer Jerry Bruckheimer.