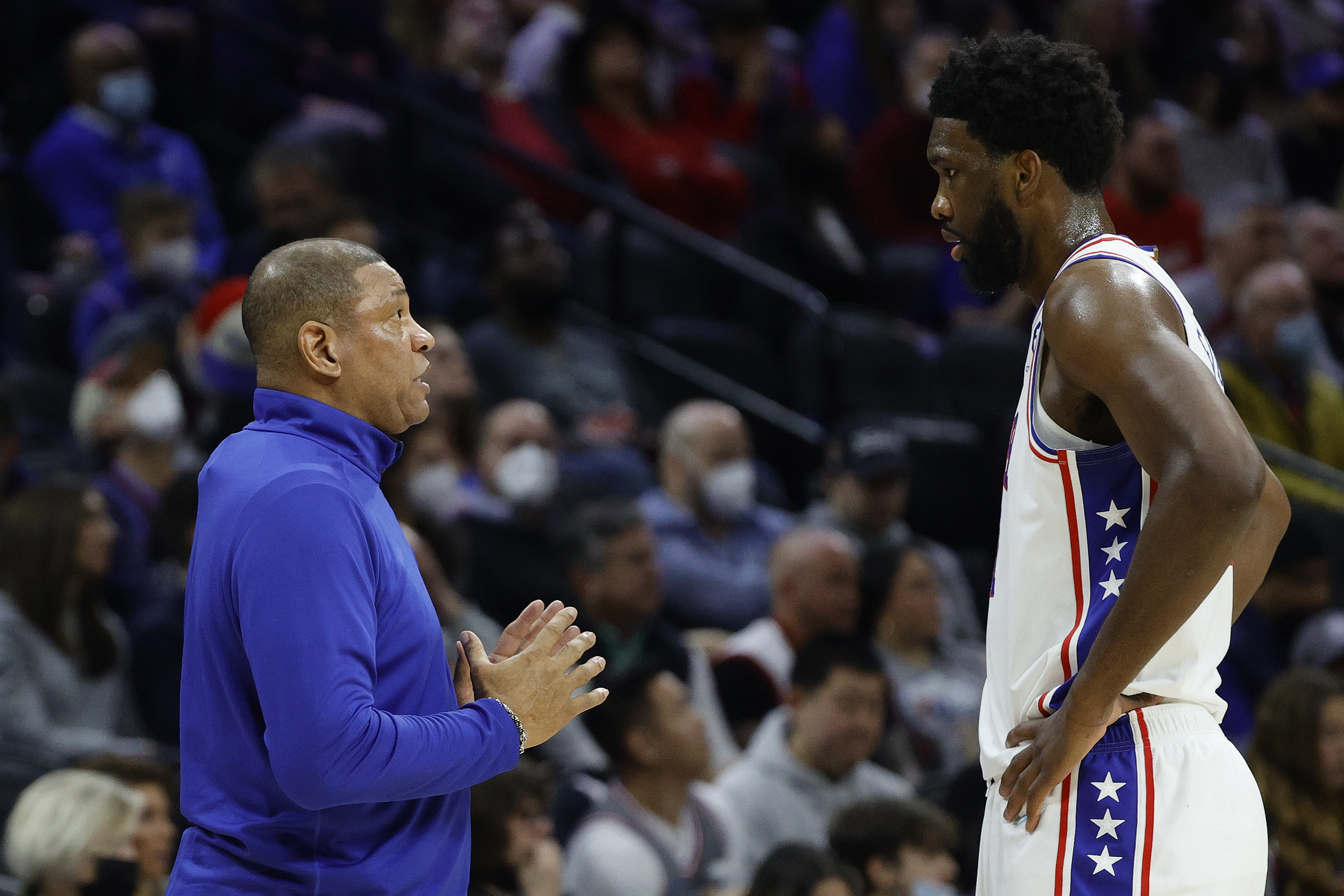 According to The Athletic’s Shams Charania, Embiid is out indefinitely after he fractured his orbital and suffered a concussion late in the team’s game against the Raptors.

Sources: 76ers All-NBA star Joel Embiid suffered a right orbital fracture and mild concussion in series-clinching Game 6 win last night in Toronto. He will be listed as out and there is no timetable for his return.

Embiid suffered the injury when he got elbowed in the face while the Sixers were up 29 points with 4 minutes left in the fourth quarter in game 6 against the Raptors.

Up 29 with 4 minutes remaining in Game 6, Embiid caught an elbow from Pascal Siakam that broke his face while Raptors fans cheered and their commentator said “You get what you deserve.”

Embiid also suffered a mild concussion and will be out indefinitely. pic.twitter.com/qRXJz58gtI

Fans immediately ripped Doc Rivers for keeping Embiid in the game during a blowout.

Borderline negligence from Doc Rivers here… no reason for Embiid to still be on the court that late in a blowout ALREADY playing on a torn thumb ligament https://t.co/oWUDRhknig

Doc Rivers had him in up 29 with under 4 mins left and now it could cost them going to the Eastern Conference Finals. https://t.co/duIR37yAQd

Embiid’s injury happened with the Sixers up 29 with 3:58 left in the 4th. Doc Rivers was really going for that exclamation point on not blowing the series lead.

He's injured because Doc Rivers thought it would be a good idea to keep him in the game during garbage minutes. This is why starters sit. Mid coach. https://t.co/g2i49N2gx0