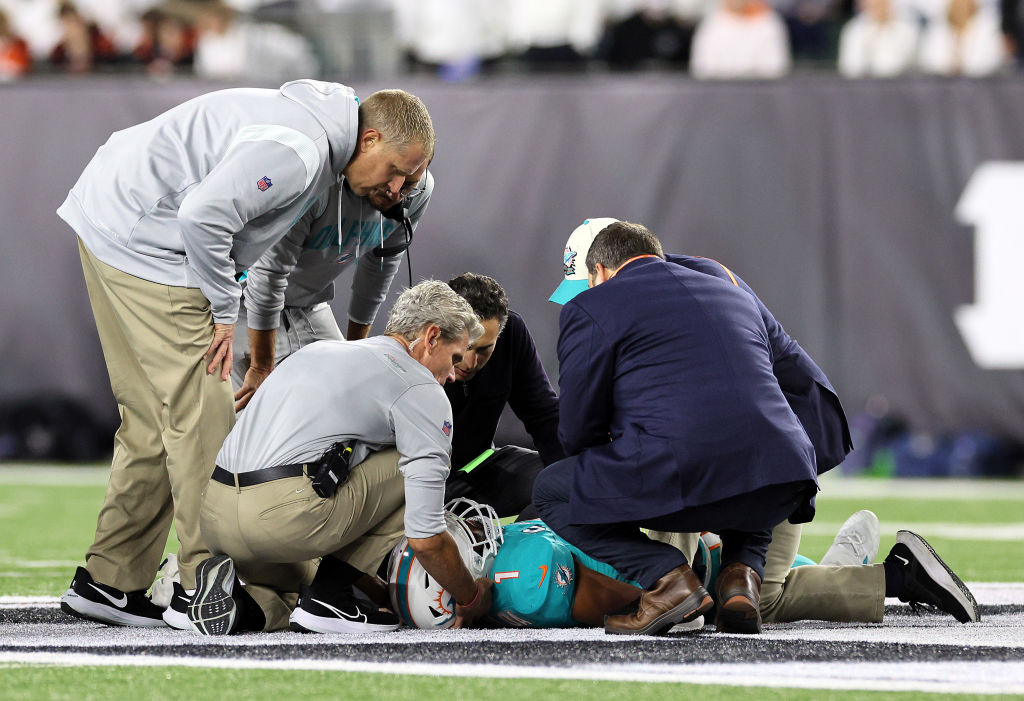 The NFL and the Miami Dolphins are going to face serious criticism after the Dolphins-Bengals Thursday Night Football game.

On Sunday, a visibly wobbly Tua Tagovailoa returned to play which prompted an investigation from the NFLPA into the team’s handling of Tua’s concussion protocol.

On Thursday, Tua was carted off the field after suffering a brutal head injury during the team’s Thursday Night Football game vs the Bengals.

Tua just got slammed and is down pic.twitter.com/6hzRekleI7

Injury Update | Tua Tagovailoa is out of the game with head and neck injuries.

Fans crushed the Dolphins and the NFL for allowing Tua Tagovailoa to play on Thursday.

That’s a serious injury . Tua shouldn’t have been out there with Sunday Thursday turn around. Sometimes players need protecting from themselves. Dolphins failed Tua

Based on what happened to Tua last week, the Dolphins staff has a lot of explaining to do.

The NFL and the Dolphins should be under serious investigation for how they handled Tua these past few days. This is absolutely sickening and inexcusable. We need to see some very severe consequences, if malpractice is proven.