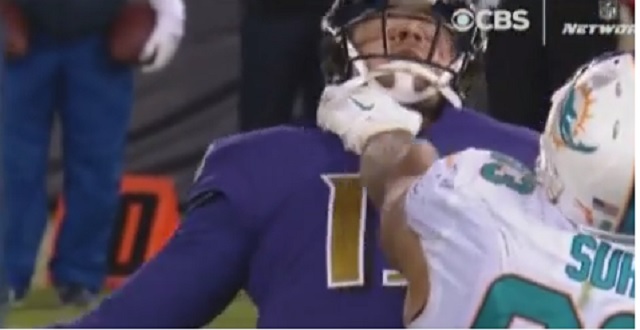 The Miami Dolphins are getting crushed by the Baltimore Ravens on Thursday Night Football and it seems like they’re losing their cool in the process.

After Kiko Alonso delivered a dirty late hit on Joe Flacco, Dolphins defensive end Ndamukong Suh got into it with Ryan Mallett and ended up grabbing the Ravens QB by the throat late in the fourth quarter.

While Suh and Mallett were having their moment, Fins defensive end William Hayes straight up poked Austin Howard eye while both teams were scuffling.

The league office is going to be busy watching the game tape from tonight’s game.