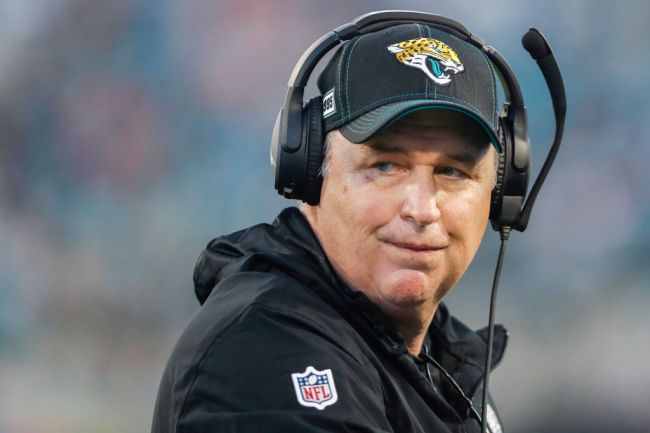 16 days after being fired as the head coach of the Jacksonville Jaguars, former head coach Doug Marrone is headed to Tuscaloosa to join Nick Saban’s staff at Alabama as the new offensive line coach. The 56-year-old will take a significant step down in the coaching ranks to attend Saban’s rehab for coaches, where former NFL and collegiate coaches go to rebuild their careers after being fired.

Marrone spent four years in Jacksonville after first joining the organization in 2015 as the assistant head coach and offensive line coach. He was promoted to the interim head coach after Gus Bradley was fired in 2016 and earned the full-time job after the season. Marrone won 23 games from 2017-20 and reached the AFC Championship Game in his first year. However, his 43-loss record was too much to overcome and the 1-15 record this past fall was the icing on the cake. Prior to his time in Florida, the Bronx-native was the head coach in his home state at Syracuse and took over the Bills in 2013. He went 15-17 in two years with Buffalo but opted out of his contract when owners changed hands in 2014.

Coaching the Big Uglies is where Marrone is most comfortable and he will take over for Kyle Flood, who followed Steve Sarkisian to Texas. He began his career as the offensive line coach at the Coast Guard Academy and then went on to oversee the position at Northeastern, Georgia Tech, Georgia, Tennessee, and with both the Jets and the Saints.

It is a mutually beneficial agreement for former NFL and collegiate coaches who join Saban at Alabama. They a wealth of experience to the Crimson Tide, while those coaches work with the top players in the NCAA and learn under the greatest collegiate coach of all-time.

Among previous ‘Rehab U’ attendees, Flood, Sarkisian, Lane Kiffin, Mike Stoops, and Butch Jones have used Alabama as a spring board for bigger jobs. Marrone will join the list, and former Texans head coach Bill O’Brien is reportedly doing the same, set to become the Tide’s offensive coordinator.

The concept is pretty simple. Go win a National Championship at Alabama, be attached to Saban and move on to something bigger and better. It’s a blueprint that has proved to work.