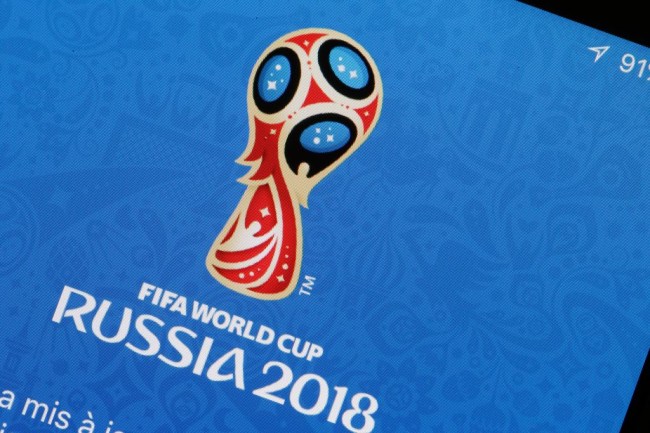 The World Cup soccer tournament in Russia is an immoral breeding ground for heathenous activities ranging from back alley prostitution schemes to illegal gambling. The environment outside the coliseums can sometimes become a checkered affair, to say the least, one in which can only be truly appreciated by the darkest division of the millions of spectators that touch down inside the madness and let ‘er rip in the streets like a pack of stray dogs raised solely on spoiled meat and dumpster juice.

And the illicit drug trade runs rampant there, as well. The enormity of this popular sporting event, much like the opportunities provided by the Olympics and other large athletic competitions where nations battle it out in the arena of physical fitness rather than wage war, has given these thugs the inspiration to dance outside the circle of traditional commerce and, through the guise of merchandise catered to the average soccer enthusiast, smuggle large quantities of dope to various parts of the globe.

But not all of these feel good substances are making it to their desired distribution point. Some of these black market products are simply swallowed up by the age-old system of the Good guys vs. the Bad, even if it can be difficult, at times, to tell which is which.

It was just last week that law enforcement officials in Buenos Aries discovered marijuana and cocaine being smuggled inside cheap replicas of World Cup trophies. On Friday, Argentina Security Minister Cristian Ritondo told reporters that police had foiled the “merchants of death” who were attempting to distribute drugs under the legitimacy of the global merchandise market that has erupted since the start of the World Cup.

Inside the trophy reproductions, police found 20 kilograms of marijuana, 10 kilograms of cocaine and almost 2,000 crack rocks. The bust also led to the seizure of around $14,000 and the arrest of four men and two women that police say were connected to the operation.

But the drug trafficking tactics used by these criminal organizations are sometimes more innovative than simply stashing dope in cheap merchandise used to bleed tourists dry. The Columbian government said last week that its police force confiscated fourteen shirts in the style of the uniforms worn by Columbia’s national soccer team soaked in liquid cocaine.

Officials with the South American nation retrieved about 5 kilograms of coke from the shirts – a haul worth an estimated half a million dollars. But the go-go juice soaked clothing was not headed for Russia. The shipment was in route to the Netherlands for distribution. This makes 350 kilograms of cocaine hydrochloride discovered so far this year at the El Dorado International Airport in the capital of Bogotá.

According to InSight Crime, soccer has an extensive relationship with the world of drug trafficking. The dope-slinging kingpins of both the Medellin and Cali Cartels have been using the sport for various facets of their operations for the past several decades. In fact, these criminal organizations are so firmly planted in the game of soccer that some of them have even sponsored teams, while others have become team owners. Pablo Escobar, perhaps one of the most notable faces of cartel activity, used his dope fortune to support local soccer teams back in his heyday. Of course, these criminal dealings, most of which were not kept very secret, caused their fair share of trouble. Referees were often forced to contend with extremely hazardous conditions as a result of officiating teams bankrolled by cartel bosses. A number of ref’s went missing in the later part of the eighties. Some of these officials were even gunned down in the streets.

The report suggests that Colombia drug cartels are probably still using major and minor soccer teams to launder potentially billions of dollars in drug money. The games, too, are likely popular meeting spots for drug traffickers, especially the bosses, “who hide in broad daylight.”