Volunteer Falls To The Ground After Being Hit By A Dustin Johnson Drive, Broadcaster Says ‘He’s Just Fine’ As He Stumbles Around In Pain 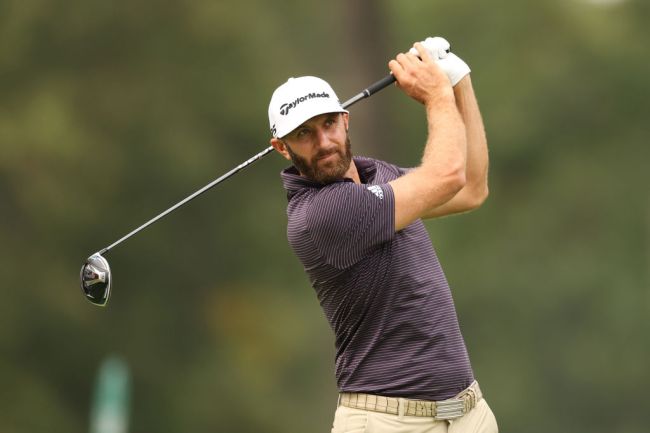 Getting hit by a golf ball is not fun. Whether it be from 10 yards away or 300 yards away, taking a golf ball to the body is not an enjoyable experience. Just take a look at this man’s reaction after getting drilled by a Dustin Johnson tee shot at the Saudi International.

The world’s No. 1 ranked player tugged his tee shot just a little left on the short Par 4 10th hole and caught a volunteer in the back or shoulder area. Despite the fact that the man immediately fell to the ground after getting hit by a rock-hard ball moving at an absurd amount of speed, the broadcaster decided to go ahead and let everyone know he was fine.

“I think it got him on the padding, he’s getting up quick,” the broadcaster said. “You can take away the pain, but you can’t take away the swelling. He’s just fine.”

Dustin Johnson drills a man with his drive. Broadcast downplays it, says"he's just fine” as the guy stumbles around in pain.😂 pic.twitter.com/y1hpwjBf2b

Thankfully, it does appear that the volunteer is just fine, but saying ‘he’s just fine’ as he stumbles over in pain is such a wild move. We get it, Mr. Broadcaster, you’re a badass that feels no pain.